These American guys are currently in the middle of their tour in the UK. They have a few dates left before they head over to Japan where they have sold out one of their shows!

Us Fleckers are off to see them in London on Wednesday, but you can catch them at the following places: 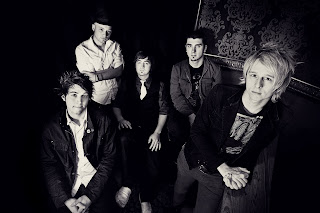 Have a listen at Quietdrive’s MySpace here!

They are being supported by the equally fantastic Last Letter Read (who were featured in the last issue of the magazine!) and Not Advised.

Look out for a review of the London gig soon!