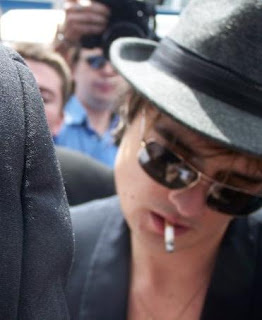 Pete Doherty has been charged with being drunk at the wheel while in possession of a class A drug.

The Babyshambles singer was arrested in the early hours of Thursday morning after police spotted him driving erratically as he left a gig in Gloucester. The singer has been remanded in custody and is due to appear before magistrates in Stroud on Friday.

A woman who was with Doherty at the time of his arrest was also taken into custody last night, but has been released without charge.

30 year old badass Pete has been arrested several times for various offences. Last year he was sentenced to 14 weeks in prison after breaching his probation order for charges relating to drugs and driving offences. He also spent a short time in prison in 2003 after breaking into Carl Barat’s house.

Not really the most shocking news we’ve ever posted is it?