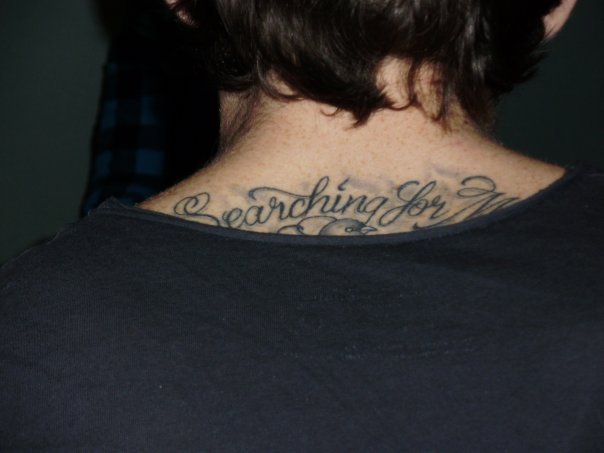 Quite a while back, we posted about Danny’s new tattoo which he’d spoken about on Twitter.

After that one mention, he never spoke about it again.

Danny seems to have a strange habit of keeping his tattoo designs secret, in case someone might want to copy them. Well, he should’ve been a little more careful with his ink if he didn’t want the fans to find out…

Holly* was one of the lucky girls who got to join the Premier 21 Master Class of McFly and she took this picture. The snap reveals a nearly half of the artwork, but you still can’t exactly see it entirely.

Thank God for McFly’s Spanish fans! Several Spanish girls have spotted the entire tattoo, and claim that his tattoo reads: “Searching for my” with a bird underneath (which stands for freedom perhaps?) and underneath that in big beautiful letters “Soul“.

Fun fact; ‘Searching for my soul’ is the title of a Springsteen song! Danny is a massive fan of The Boss, he even named his dog after him!

*This image was sent to us by a fan. If you are Holly (and this picture belongs to you) and you want this picture to be removed from this website, contact us.