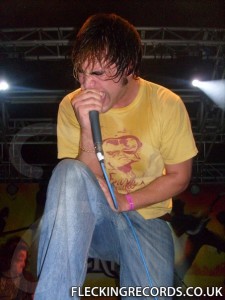 Fightstar frontman, Charlie, got a bit hot and bothered at his London show the other night over a comment made about his previous band.

The big friendly giant is usually calm, and laughs off comments about past musical ventures but this time he wasn’t having any of it! The band had just played a sensational acoustic set at Dingwalls in Camden, and were hanging out meeting the fans and chatting. Then this tall skinny teenager approached Charlie and told him how much he loved Busted. We’re sure there was more to it, but Charlie stepped upto the boy and responded, ‘If you’re going to say anything, at least to say it to my face’. The teenager didn’t reply back, and laughed instead which prompted Charlie to tell him to ‘fuck off’. A variety of unprintable words were used, and then he asked why he had come to the show in the first place. Of course the “fan” didn’t have a reply for this, so just carried on laughing. Charlie ignored this, and turned back to his real fans, making jokes about how ‘ridiculous’ the whole argument had been. 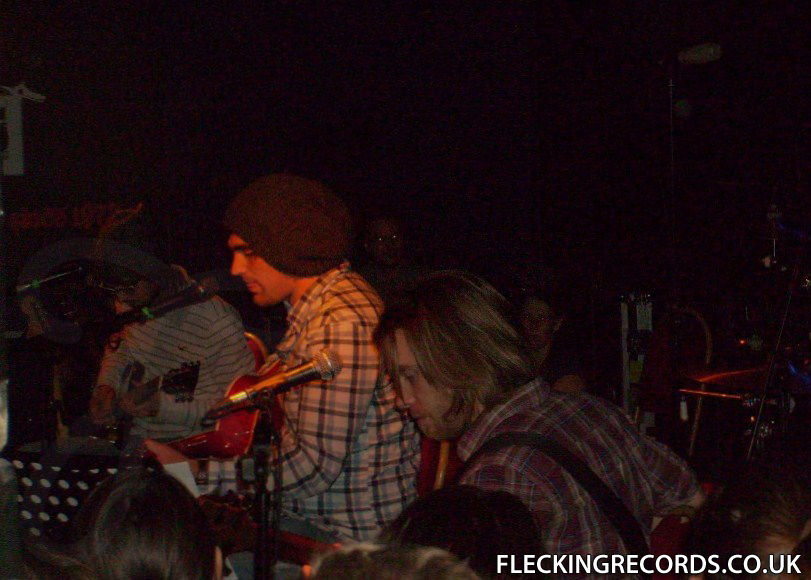 However we couldn’t just stand back, and of course Flecking got involved! We said our piece, and off the boy walked. So, if you’re out there, you paid the man you peeved off. Fightstar win!

To make Charlie a happier man, please do go buy their deluxe album which is out NOW! Click here to buy!