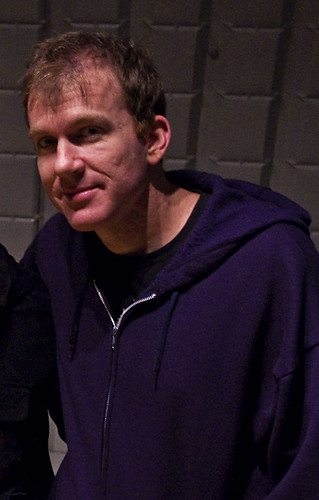 Linus of Hollywood got down to Friday by Rebecca Black on stage.

The musician, who is currently supporting Bowling For Soup stars Jaret and Erik on their UK acoustic tour, performed a snippet of the YouTube phenomenon on stage in Leeds on April 7.

Linus isn’t the only star to play the hit at a gig – even Nick Jonas of Jonas Brothers fame has had a crack at it, performing it during the JoBro’s set at Concert for Hope in LA last month.

It doesn’t matter who is performing it, the crowds always seem to go mad for it and everyone knows the words – then again, they’re not that hard are they?

Check out Rebecca’s original video below.