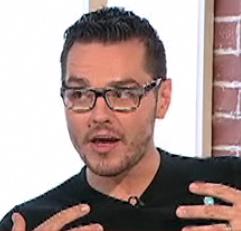 A report has claimed that Flecking favourite Matt Willis is joining the cast of EastEnders.

According to The Mirror, former Busted star Matt is being lined up to play a relation of Alfie Moon – a source told the paper that Willis is set to play the son of David Essex, who will be playing Alfie’s uncle.

­“EastEnders has a few new faces coming to Walford over the next few months, which they are currently casting for.” the source said.

“Matt’s first screen test went really well and he has been called back for a second. It would be great for him to land this gig – many of his fans would say it’s what he went to school for.”

“Matt’s got a great aura about him and has been working hard on his acting skills. Bagging a job on the soap would be a dream come true for him, and he’s been a huge fan for years.”

“It’s definitely the next ­chapter in his life and he’s just hoping it all works out.”

An EastEnders spokesman said: “We are seeing a number of people, including Matt, about future roles, however no ­decisions have been made yet.”