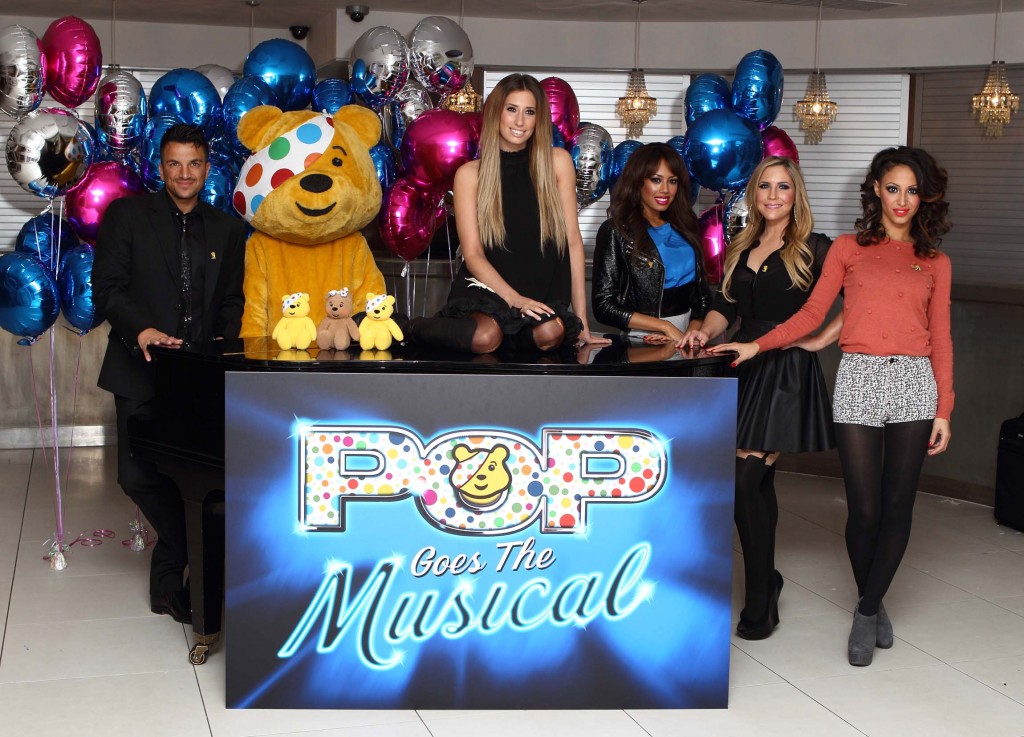 It’s that time of year again when stars get themselves a little sticky all in the name of Children in Need.

Today saw the launch of BBC Children In Need POP Goes The Musical 2011, which will see Peter Andre, Stacey Solomon, Melanie C and the Sugababes taking roles in some huge West End Musicals.
The celebrities will perform a well-known song from the shows at the curtain call from productions such as Wicked and Mamma Mia!

Peter Andre had admitted that he was slightly taken back at the offer to play the lead in Ghost. Sadly, his reasons were not that of pride, nor honour at being offered the role made famous by the wonderful Patrick Swayze. Oh no, Peter is reportedly gutted he hasn’t been offered the leading role in TV show The Bachelor! You know the one he means, it’s that one where Gavin Henson keeps giving out roses to women in bikinis!

Peter will perform Unchained Melody. The song is, of course, best remembered for ‘that’ scene at the potter’s wheel! He said: “They asked me if I would be a part of it by doing that famous clay scene and I was like, ‘Patrick Swayze, Peter Andre… there’s no comparison, are you sure you want me to do this?…’ So I went and rehearsed and I loved it and it is an amazing scene and the whole show is amazing. My pottery skills are shocking – but the great thing is I don’t have to do it, I’m a ghost.”

Spice Girl Mel C, who has already had a starring West End role in Blood Brothers, will appear in We Will Rock You, while Stacey will take a spot in Wicked.

Sugababe Heidi Range, who will star in Mamma Mia alongside her bandmates said: “It’s just such a fun musical and there are so many songs that we can do with the three-part harmonies that really suit us, we went to watch it last week, Jade was in the middle of me and Amelle and she had to console us because we were both crying.”

Tickets are available here and all money raised will go towards helping children and young people in the UK.