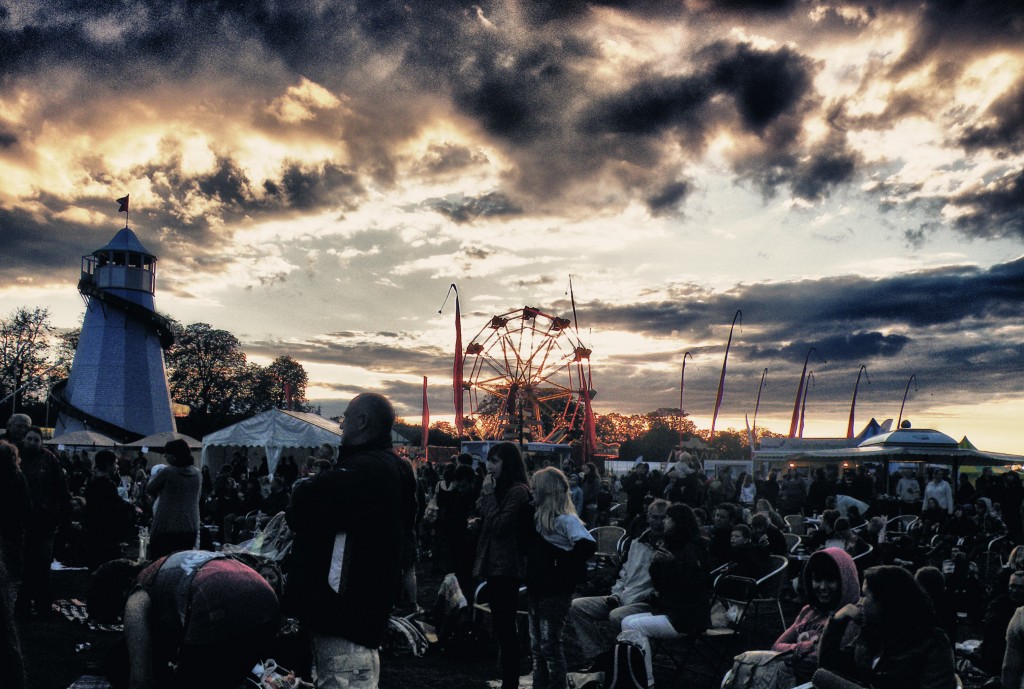 Sunday was an incredibly jolly day for the Fleckers as we headed off for a fun filled day at Hampton Court’s Jolly Day Out Festival.

The dodgy weather was never going to stop us having a fantastic time at Jolly Day Out.
As our Twitter followers will already know, we milked a plastic cow – a sentence we never imagined ourselves writing! – approached a Llama with great caution, found a grumpy looking clown lurking in the circus tent, and we even ran round an assault course pushing a giant monkey head – not our finest hour we admit!

On top of all of that excitement we also managed to squeeze in a little backstage time with a few interesting coloured Moshi Monsters and of course, McFly!

As City Stereo rocked the main stage we took the time to have a little chat (and enjoy a spot of journal wrecking) with our favourite boys. Running a little late, but in tremendously high spirits, the boys beamed with excitement as they filled us in on the day’s announcement of a TWENTY SEVEN DATE TOUR next year!

While Harry Judd and Dougie  Poynter embraced the chance to wreck our journal, we had a lovely chat with Tom Fletcher about all things wedding – his three best men, oh,  and the date, which we almost squeezed out of him until he realised he couldn’t tell us even if he wanted to! At this point, Harry re-appeared, journal in hand, to tell us “It’s me, playing my drum.. That’s string… I don’t have four arms, NO! It’s NOT a ‘third’ arm!”

After chuckling at Dougie’s cautious looks in the direction of a lurking Moshi Monster and a quick chat with Danny Jones about football, naked ladies and our disapproval of his drawing, it was time for the boys to do what they do best and take to the stage.

The sun set in the sky and it was a truly glorious day with McFly at Hampton Court. The set was a much loved mix of old and new material. We had the pleasure of hearing stories of Pudd loving at Tom’s house and the return of D-DOG!

It’s a little sad to say that’s it for another year in our McFly diaries but as the boys have confirmed that they are only going away long enough to get their next album together and promised lots of tour dates in 2012, it seems Hampton Court was the perfect gig to see the year out with.

As we take time a little time off and reflect on our love of all things McFly, we can turn our attention to the upcoming City Stereo tour. If you haven’t yet had the pleasure of seeing these guys do their thing you really are missing out on something special. You can get their full tour dates on their MySpace and Facebook