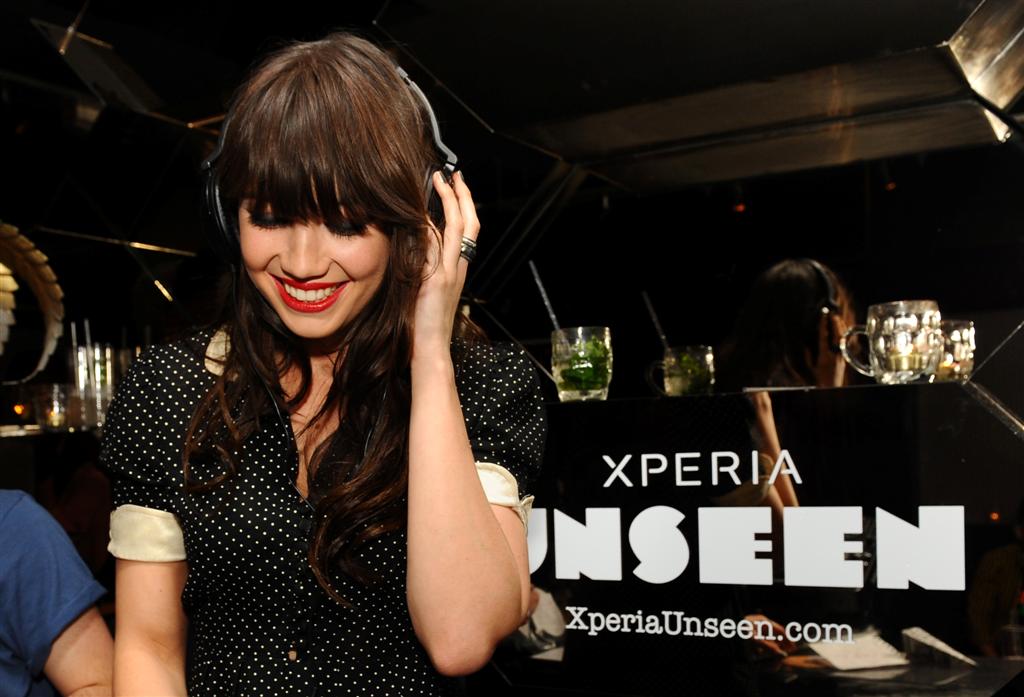 We’ve got a few bits of gossip for you from the Sony Ericsson Xperia Unseen Launch – which gives a behind the scenes peek into Daisy Lowe’s life.

London’s celebrities were out at Callooh Callay in Shoreditch to celebrate the release of the films. The likes of Ana Araujo, Alice Dellal and Ricky Wilson enjoyed a few drinks and DJ sets from Daisy, as well as stints from fashion ‘It girl’, Mary Charteris, and designer Nova Dando. Gossip was also in full flow – check out some choice snippets below:

· Brazilian model and Ronnie Wood’s girlfriend, Ana Araujo, wore a Simone Rocha jacket, Lanvin hat, Givenchy shoes, YSL trousers and a vintage handbag
· Anouska Beckwith, daughter of Tamara Beckwith, wore a Felder Felder leather top and cotton skirt
· Daisy Lowe wore a vintage dress and Chanel handbag and shoes
· Fashion designer, Pam Hogg, just found out she’s showing at Paris Fashion Week on Tuesday
· Anna Popplewell, star of Narnia, is currently filming an edgy thriller, playing a sociopath. She wore an Urban Outfitters dress, Topshop boots and Whistles bag
· Henry Conway has just been made creative director of HedKandi and will be releasing a fashion range next year
· Ricky Wilson, lead singer of Kaiser Chiefs, has just finished touring and is back in the studio recording material. KC will be going on a European tour soon
· Actress Michelle Ryan is busy focusing on her movie career and has just finished filming a gritty British movie. She won’t be returning to Eastenders!
· Mr, Hudson of Kanye West collaboration fame, turned up with Anne Marie, an upcoming British artist he billed as the next big thing. He is currently in the studio with her working on new material