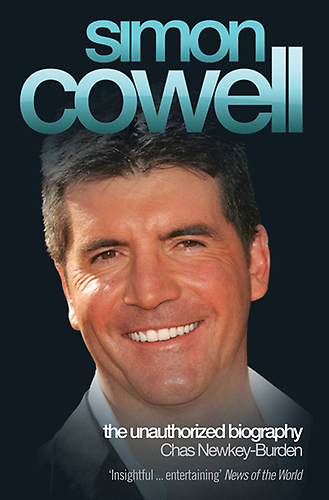 If there’s one thing we love here at Flecking Records it’s TV talent shows, and Simon Cowell is undoubtedly the king of such entertainment.

“I’ve always loved the idea of a singing show in America where you can be 12, or you can be 112,” says Cowell in a preview for The X Factor USA, (which begins its ITV2 run on Thursday night). Cowell auditions several kids on the show, as he has done on Britain’s Got Talent, including 13-year-old Ronan Parke.

However, according to Chas Newkey-Burden, author of Simon Cowell: The Unauthorized Biography, Cowell has previously spoken out about children taking part in singing contests. Chas reveals that it was during an interview on an American radio that Cowell furiously denounced the idea of auditioning children on talent shows.

“I have a real problem with that,” Cowell told interviewer Terry Gross on her Fresh Air show in 2004. “I even have a problem with people entering at 16. They’re just not ready for it. Look at Michael Jackson – take somebody in at an early age and see what happens. You lose your growing-up period.

“This is what happens when you go into the music industry at such an early age. You say that to 11-year-olds and they’re never going to listen to you because they want to be rich and famous. But when you deprive someone of that age of their normal growing up, you really can do them serious damage, in my opinion.

“I go into this show as a grown-up and I like to treat people like grown-ups. I find it very difficult sometimes saying to a 16-year-old what I really think because they’re just not mature enough to deal with it. I don’t think it benefits anybody – me, them, the audience at home.”

Apart from when they start crying, obviously, we love the fact that kids can take part in shows like Britain’s Got Talent – it’s certainly been a welcomed career break for Ronan Park – but that’s a bit of a U-turn, Mr Cowell.

Want to know more about Simon? You can pick up a copy of Chas’ book, Simon Cowell: The Unauthorized Biography, from Amazon by clicking here