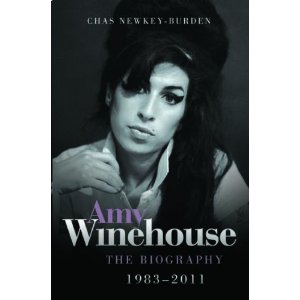 A report has claimed that Amy Winehouse predicted she would die at a young age.

It was jazz singer Tony Bennett who revealed that Amy “new she was in a lot of trouble, that she wasn’t gonna live.”

Writing for the First Post, Winehouse biographer Chas Newkey-Burden explained a possible reason for Amy’s morbid and fatalistic mood of the last five years of her life – her intense relationship with her paternal grandmother, Cynthia, and their shared interest in an element of the occult.

Chas writes, “..her father Mitch has always said that the downturn in his daughter’s life began after his mother Cynthia died in 2006.”

Amy had Cynthia’s name tattooed on her right arm, and encouraged her granddaughter into the music world.

“It was Cynthia as much as anyone who encouraged Amy to become a singer. They were like two peas in a pod: no wonder Amy was spellbound by her grandmother and so devastated by her death.

“There was a less conventional dimension to the spell her grandmother cast on Amy: Cynthia was a keen Tarot card reader. Amy inherited her grandmother’s belief in the power of Tarot: she was often seen with a pack of Tarot cards in her hand and when asked if she believed her grandmother could read the future, Amy nodded solemnly and said ‘Cynthia knew…'”

To read the fantastic article in full, click here.

To pick up a copy of Amy Winehouse: The Biography, click here