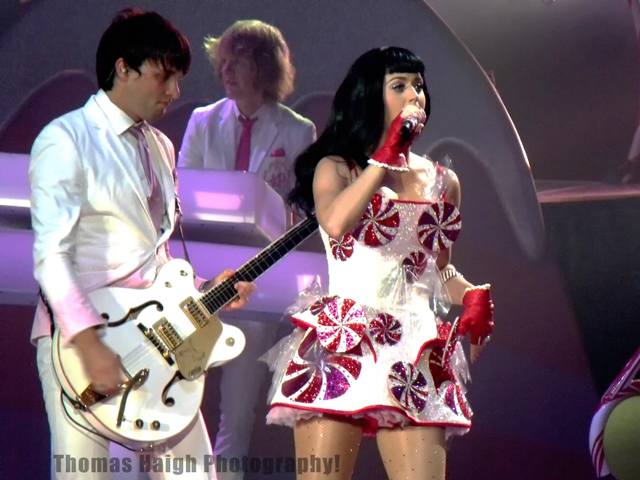 Katy Perry has revealed she loves nothing more than tucking into a huge plate of beans on toast.

The Firework singer, who has previously been quoted as saying baked beans are misunderstood in America, has arrived in the country for the second leg of her California Dreams Tour. Not even dreams of California has stopped the star from tucking into all her favourite local nosh.

Katy is quoted by The Sun as saying: “I love coming to London so I can have baked beans on toast. They do bloat me and I’m afraid I’m going to go off like a firework, but I do love them.”

Mrs Brand reportedly spent the first half of her concert at the O2 gig on Saturday night rubbing her belly. But rather than admitting her love of all things bean like, she teased she was pregnant to parody Beyonce’s MTV Video Music Awards performance.

Katy arrived in the UK last week and got straight to work Tweeting: “FINALLY! Beloved ENGLAND! 1st thing I did was stuff me gob (my mouth) w/some yorkshire puddings & meat pies from Silversmiths in Sheffield. Ah bless…”