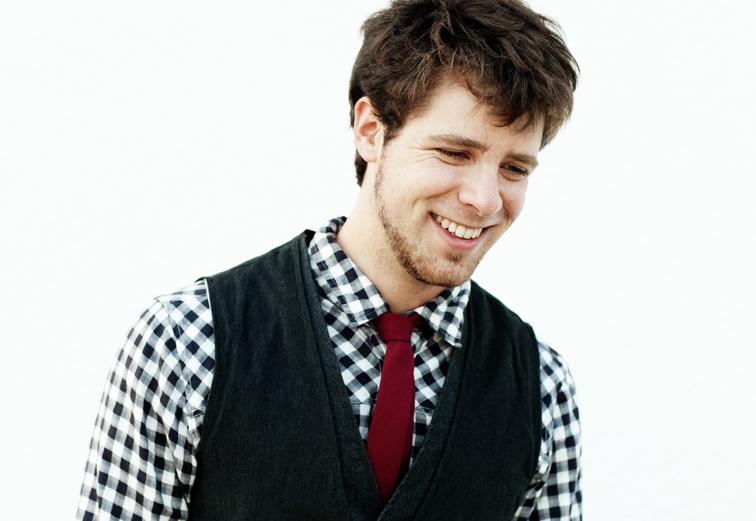 We had a chat with American Idol Season 10 contestant Tim Halperin.

You’ve been making music for longer than people realise. How does it feel to be so accomplished with your original songs being on iTunes while still in college and a video with over 100,000 hits on YouTube?
The music industry is one that rewards hard work. Talent is required to have success, but talent only takes a musician so far. I’ve been blessed with great parents who instilled in me a great work ethic. Having music on iTunes and getting YouTube views is possible for anyone who is willing to put in the time, but it is definitely humbling to have support from people on both iTunes and YouTube. I am very thankful for those who support my music and interact with me online.

Sadly, your run on American Idol was short lived, but Jennifer Lopez was really taken by your talent, wasn’t she?
Yeah, good times on American Idol. Jennifer Lopez… I miss her [laughs]. I appreciated her perspective on Idol, and I thought that her commentary was most valuable for the show this year. Her knowledge of music, professionalism and down-to-earth personality really impressed me.

What was your most memorable AI moment?
My most memorable moment on Idol was my Vegas performance with Julie Zorrilla of ‘Something’ by the Beatles. I wish my time on Idol would have been extended, but I am honored to have been a part of Season 10 with such incredible, talented people.

Are you still in contact with former contestants from Season 10?
I actually just caught up with Casey Abrams last night. I was close buddies with Casey during my time on Idol, and we remain in contact. I also remain in touch with Lauren Turner, Jacob, Haley, Paul, Jovany and Naima. I became close with everybody in the final group though. When you go through a life-changing experience like Idol you have an immediate bond with the people around you, and there really were no enemies. We all supported one another.

Did you get to meet any contestants from previous seasons?
I met a few Idol alums while in LA, but I was most excited to meet David Cook. I appreciate his artistry and hard work post-Idol. I also thought it was cool that David is from the midwest like me.

How do you feel about some Idol contestants being voted off and them going on to be more successful than the winners?
This is an interesting question, and I think it should be addressed. I wouldn’t necessarily call it a “popularity contest”, but the most challenging part about Idol is the “Face Time Game”. Some contestants are given more TV time than others, and many would argue that this is an unfair advantage when it comes to the voting rounds since people typically vote based on which contestants they connected with, and if you don’t get much TV time, it’s hard for audiences to connect with you. On the other hand, there are contestants like Pia, who don’t get shown much and shine at just the right time… the voting round.
The reality of the music industry is that it is ultimately about the whole package. The voice, the personality, the look. I do think talent should be the largest criteria when voting, but this is a TV show, and if it were solely based on the talent, it would be a radio show.
It is comforting for me to know that people like Jennifer Hudson and Chris Daughtry have worked really hard after Idol and made a name for themselves because of their artistry.

You’ve opened for artists like Lee Ann Womack and The Fray…
Oh my gosh, I still cannot believe I opened for the Fray! They have been one of my favorite bands for years, and I got to play a show with them and hang out with them. It was absolutely incredible, and it inspired me to cover their new radio single (video below).
The Lee Ann Womack concert was another great experience and a fun show. I got to play with Hot Chelle Rae and Cody Simpson in June, which was also fun. I also performed with Victor Wooten and his band in April. Now let’s hope I can continue to score some of these awesome opportunities. I’m starting to put together my upcoming tour for my new CD ‘Rise and Fall’.

Who or what inspires you most?
I’ve been most inspired by Coldplay. I got the Coldplay Live 2003 DVD for my birthday in high school, and it changed my life. Seeing Chris Martin rock out behind the piano made me want to be a singer/songwriter. I’ve been inspired by many genres from rock to jazz. I actually went to see one of my favorite musicians and now friends Victor Wooten this week. He played with Bela Fleck and the Flecktones. They are seriously the best musicians in the world, and they’re also one of Casey Abrams’ favorite bands.

What genre is your own music?
If I were to put a label to my music, it would primarily be Piano-Driven Singer/Songwriter. It also fits under the umbrella of Pop Music.

You just had an album release, ‘Rise and Fall’, which hit #1 on the singers/songwriter chart on iTunes. You must be ecstatic!
I have been smiling from ear to ear ever since my album released on September 27th. I invested so much of myself and my time into that record, and to get solid feedback from people who bought it makes me so happy. I cannot tell you how much I appreciate those who have or will – hint, hint – buy ‘Rise and Fall’!

What are you working on at the moment?
I am currently planning the CD release tour, and it will take place from November – January. I would LOVE to visit some other countries. I’ve heard from fans in China, the U.K., Norway, Sweeden, Germany, South America and Canada. I don’t really know how to get to them, but if there’s a will, there’s a way. And let me tell you, I have the will! So if any of them are reading this, buy me a flight and I’ll entertain you. [laughs] Just kidding… but seriously… do it.