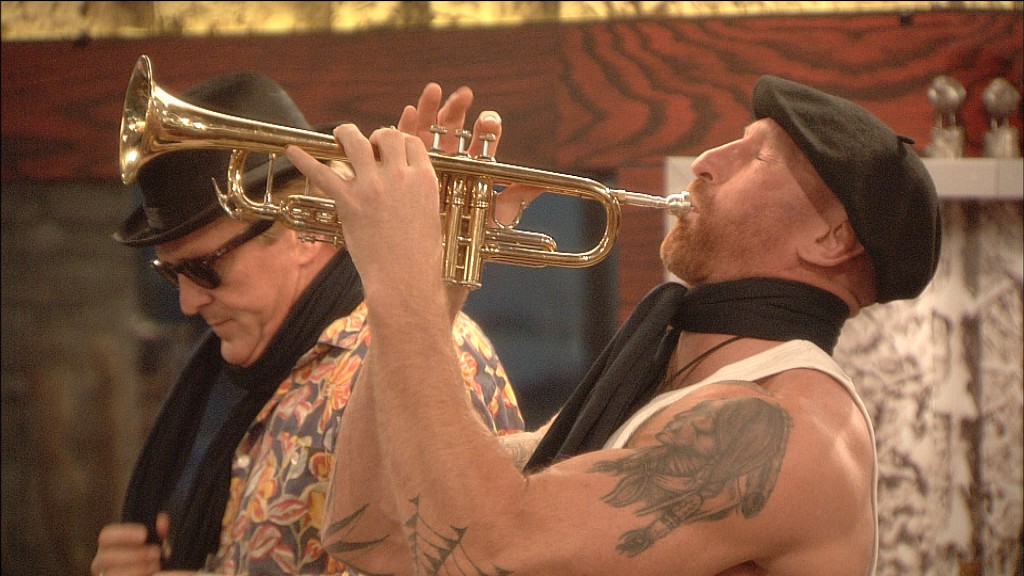 What went down on day 19 in the Celebrity Big Brother House.

11.26am
The housemates are just waking up to the morning after the night before and the aftermath of a heated night in the Big Brother house. Denise is already awake and is contemplating the previous night in the garden. She is called to the diary room and walks through the house past Nicola who is washing up. Both are silent. In the diary room, Denise talks over last night’s events with Big Brother and says that she was just “larking about.” “I did what I would do with my friends at a jokey party,” she says “I apologised and then Nicola muscled in.” She starts to cry and says “I’m just dreading this day and I don’t know what to do about it.” Big Brother tells Denise that her behaviour was “unacceptable” and that they believe that Denise understands that she behaved inappropriately. She nods and says she understands.

In the bedroom, Michael and Nicola are reflecting on the night before. Frankie and Denise are talking in the garden. “Have you shared words with Nicola today?” Frankie asks and Denise tells him she hasn’t. Romeo joins them in the garden and Frankie laughs, “the morning we have all been dreading.” “Happy Mondays!” Denise laughs.

12.10pm
Michael and the twins are in the bedroom. Michael breaks the silence and asks Kristina and Karissa not to “start it all over again.” Michael says that Denise will spend the day “ranting about how what she did was right” if they bring up last night’s events again.

In the garden, Romeo is advising Denise on how to deal with the day. He tells her to avoid all conflict. “Please assure me you can keep your inner calm” he says before adding, “I’ve got your back.”
Nicola is upset and speaking to Big Brother in the diary room about last night’s events.

12.54pm
Frankie is in a bad mood in the diary room. “I’m not going to talk to the twins at all” he tells Big Brother. “I don’t like holding grudges but no chance do I want to talk to those girls again” he says and holds his head in his hands.

Denise and Nicola are breaking the ice in the living area and Nicola starts a conversation. She tells Denise that she offended her last night and Denise admits that she was the “catalyst” that sparked the arguments last night. They start to talk about the letter shredding task again and Denise adds “I didn’t like you calling me a liar. I feel you’ve changed towards me since you’ve been with the girls.” Nicola gets upset and goes to the bathroom crying. “I’m really sorry if I’ve ever offended you,” she says through tears.

1.59pm
The men of the house are in the living area looking at the housemate portraits on the wall. Michael asks if Frankie would put any of the housemate pictures up in his house. “Not Andrew Stone” he jokes. Michael speculates on what would happen if they added another housemate into the mix. “We’d eat them alive!” Gareth laughs. Romeo is in the garden mediating with the twins. He tells Kristina and Karissa to “find their calm.” Karissa says she knows everything will “pass over” but she won’t speak to Denise again. Romeo says that Denise isn’t a bad person to which Karissa replies: “To me she’s toxic. When I leave here, there’s nothing between us.”

2.20pm
Kristina is in the diary room telling Big Brother how she feels about Frankie. “He’s got the hugest crush on us, obviously he wants to bang us,” she says before adding, “he’s disgusting.”

In the garden, Denise and Nicola are having another go at making up. “I truly apologise,” Denise says, “I’d really love to be pals” and the girls hug. In the bedroom, Gareth tells Michael that “white flags are waving for now,” referring to Denise and Nicola making up.

3.11pm
Some of the housemates are talking about famous friends. When Denise mentions Robbie Williams, Gareth pretends to catch something that’s falling from the sky and the housemates laugh as he catches the name that Denise just dropped.

3.56pm
Denise, Nicola, Gareth and Romeo are talking about botox. Nicola says that she tweets “her guy” when her face starts moving again. The twins are asleep in the bedroom. In the garden, Michael is sharing some wise words with Frankie. “I’m not your mother, I’m not your father, I’m your friend,” Michael tells him, “concentrate on your music. Put your money away, concentrate on something serious.”

4.32pm
Gareth, Nicola and Denise are speculating on how the public may be voting. Nicola talks about the characters in the house and what makes a good reality show.

5.03pm
The housemates are in the living area and Nicola is talking about her career. The twins join the group and Kristina goes to sit on the sofa with Denise. Karissa doesn’t join them. Michael is in the diary room moaning about his housemates. “Everyone is being phoney in there, everybody wants to be the winner. There’s no winners in this house man” he says. Michael then goes on to complain about Big Brother’s tasks. 20 minutes later, Big Brother calls Michael to the diary room and asks if he would lead the house in a poetry based task. He agrees saying, “I’m game for anything!” When reflecting on the task later, Michael tells Big Brother that the task was “a nice way to put a band aid on a bleeding jugular vein.”

7.53pm
Denise and Michael are enjoying a conversation together in the garden. From the living area, Nicola looks out and comments that they have a “crazy relationship” announcing to the rest of the housemates that she’d love to see the pair in the house single. She speculates and jokes that they might get married and the housemates laugh as they imagine themselves as Denise and Michael’s bridesmaids.
In the garden, Michael tells Denise that of the two girls he prefers Karissa and wishes he had seen the twins in the Playboy Mansion. They then laugh and joke about taking Viagra and Michael does a funny impression of going to the doctors after taking too much.

10.17pm
Frankie is in bed. In the living area, the rest of the housemates are talking about how they can tell Karissa and Kristina apart now. The twins talk in the garden about Denise and say that she “looked like the big bad wolf” in the house after the rows. Denise then enters the garden and has a cigarette in the smoking area as they all sit in an awkward silence.