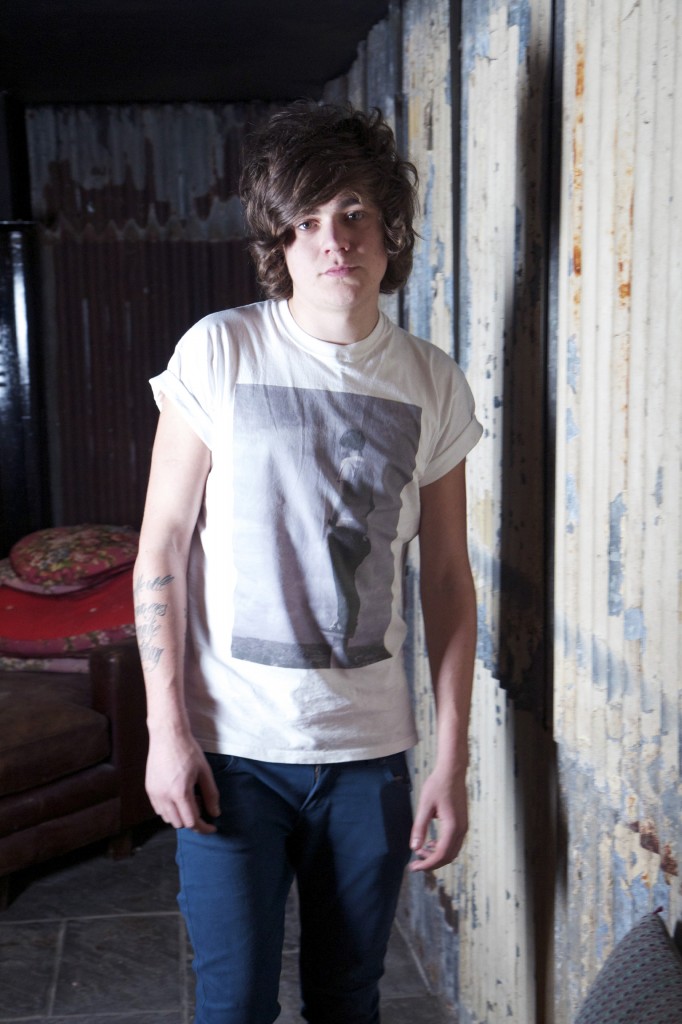 Wanna know what went down on day three in the Celebrity Big Brother house?

8:21am
Big Brother wakes the housemates with the song ‘lets get physical’ and Natalie jumps out of bed immediately and starts to dance. Big Brother promptly announces that today’s task will start in 30 minutes, and some of the housemates filter into the living area. Natalie tells Denise that she feels the bathroom is getting messy. Denise says that she hasn’t noticed yet, Natalie says that she thinks they need to have a tidy up today. Frankie and Kirk are on the garden sofas, talking about Georgia. Kirk says he was dropping a few comments the night before about being good boyfriend material, and says he thought he may as well tell her he fancied her.

9:15am
All the housemates are in the living area waiting to greet the special guest who will be leading today’s task. Jodie Marsh walks in and greets all the housemates explaining that she will be taking them through a body building task. The housemates feel a little panicked asking Jodie to take it easy on them, she says “I can’t promise anything” Jodie explains the rules, and the house divides into two teams.

The first task begins, with Natalie and Michael competing in a raw egg eating contest. Both teams cheer on their respective team member. Natalie wins the challenge and tells a few of her team mates “I’m constipated, I haven’t s*** in 3 days, this isn’t going to help” The housemates head to the bedroom to prepare for the second challenge – the ‘Pose Down’. The teams get tanned, and practice flexing poses. Andrew lies on the floor bending his legs behind his head in preparation –a few housemates comment on his flexibilty. The housemates then all participate in the pose off challenge.

Jodie goes into the Diary Room to talk to Big Brother about the housemates and her thoughts following this challenge. She says “I nearly died when I saw Gareth’s body” and that “the twins have lovely big round bottoms” and comments that “Andrew didn’t really do it for me, he isn’t manly enough” and that Frankie impressed her, as she had assumed he would not be very enthusiastic. She says Natalie had her ‘in hysterics’, but that Georgia “just posed and stuck her boobs out” She also says “is it just me or did Denise turn into Keith Lemmon as she was posing?” Back in the living area, Jodie announces the Blue team as the winners of the Pose Off challenge.

12:47pm
Last night it was revealed that Andrew had once auditioned for (and been rejected from) The X Factor. Andrew is in the Diary Room talking to Big Brother about the revealing of that experience. Andrew says that it had upset him, and begins to cry saying “It’s just a new experience in here”.

Whilst Andrew is in the Diary Room, a few of the housemates are on the garden sofas discussing his habits. The housemates laugh about Andrew having a conversation with fellow housemates then saying ‘this was 10 minutes of TV gold’, they also laugh that he said ‘celebs get drunk in a different way’. Some of the housemates start to impersonate him. They justify themselves talking about him, by saying they are not being horrible, Natalie says “I need to do this though because otherwise he winds me up”.

1:13pm
The second part of today’s task begins; Kristina and Karissa are chosen to undertake a red-carpet challenge. Kristina wins and both girls go to the Diary Room to discuss how they felt about the challenge. They say that despite their fitness and Cardio being good, this challenge was difficult. They bicker and disagree about who was ahead of who at different stages of the challenge.

2.32pm
Georgia is in the Diary Room talking to Big Brother about today’s task. She says that ‘Gareth’s body is amazing’ and compliments Romeo’s as well. She says that she has been checking out a few of the boys in the last few days. A few of the housemates are in the living area playing the Porn Star Name game – adding their pets name to their mother’s maiden name. The housemates all reconvene for the Ultimate Challenge. Gareth and Romeo go head to head climbing high narrow ladders into the sky above the garden. The housemates cheer on their respective team leaders. After the finale, Jodie announces the Red Team as the Task winners, and Red leader Romeo says to his team “This is for you. F*** I’m s******g myself, get me down” Jodie tells the winners that their reward is a gourmet dinner cooked by award-winning chef Aldo Zilli.

5:41pm
The sexual tension in the house is getting too much for Kristina and Karissa. They are in the bedroom discussing some of the housemates’ habits which they find offensive. They mention Frankie talking about ‘w*****g’ which they don’t agree with, and the boys “having their hands down their pants all the time” which they say shouldn’t be done in front of girls “especially women like us” They comment “you wouldn’t see Michael or Romeo doing that”

Michael is in the Diary Room, he says “I feel a little animosity and growing edginess from different people. I think people are running out of friendliness and they don’t know what to do with that”.
Kirk is in the living area, and wants to get closer to Kristina and Karissa, he asks them to sit down with him insisting “I don’t bite… much” the girls retaliate with “ I know, but we do”. They sit down on the sofa and Kirk asks them a question, and before they respond he says “they have their earpieces in, they can’t hear me” the twins say they were just about to respond, but he didn’t give them time, pointing out that he needs to give people time to talk back sometimes.

7:33pm
Aldo Zilli is in the kitchen preparing dinner for the winning team from today’s task. The housemates are allowed into the living area to start their meal and are greeted by Aldo. Nicola jumps on Aldo and Natalie also gives him a warm welcome saying she ‘hasn’t seen him for a while’ the housemates take their seats for dinner.

Romeo and Michael are in the bedroom discussing today’s task. Michael says “that was humiliating, but I tried to be a sport about it” Aldo Zilli goes into the Diary Room to talk through the menu for tonight.
Nicola is in the kitchen talking to Michael, she asks him “Do you feel out of place because you are not a big talker?” Michael responds with “I don’t know what to talk to people about”

At the garden sofa Michael and Andrew are discussing housemates, Andrew says “I still can’t tell which is which” of the twins. Michael comments “who – Kristina and Kristina?” Andrew and Michael laugh and Andrew says that was funny, if rude, Michael says “It’s not rude, its just reality. It what they are paid for – It’s because you’re twin broads” Michael then goes back to the fact that he was uncomfortable with today’s task and wasn’t happy about the posing challenge.

9:04pm
Some of the housemates are in the living area. Kristina and Karissa are in the diary room talking about Kirk. They say “he is always hitting on us” they say that Kirk may have thought that he had a chance but “we totally blew him out, he was notched down immediately”

10:54pm
Frankie is in the diary room. He says “not getting my end away in a week is killing me a bit, I like a shag” he says that all the girls are either taken or wouldn’t go for him. Of the twins he says “they won’t go for a British boy who spends every day in a garage” In the living area Kristina and Karissa are rapping with the housemates cheering. Michael is sleeping in the bedroom.

11:57pm
Andrew and Romeo are in the kitchen. Andrew comments that it is hard for him, as people don’t understand each other right away in the house.

Nicola and Kirk are in the bath discussing what things people may dislike about them. Topic of conversation turns to Georgia, and Nicola says “She doesn’t talk” Kirk says that he feels Georgia has her own way, and isn’t conforming, and this is what he likes about her. He tells Nicola about the comment made to him by the twins earlier today, about him not letting others speak. He says “that’s when I said, now big brother has started” Nicola says “now this is when I get myself into trouble, but they have asked me no questions about me” Kirk responds by saying “one’s just a puppet for the other”