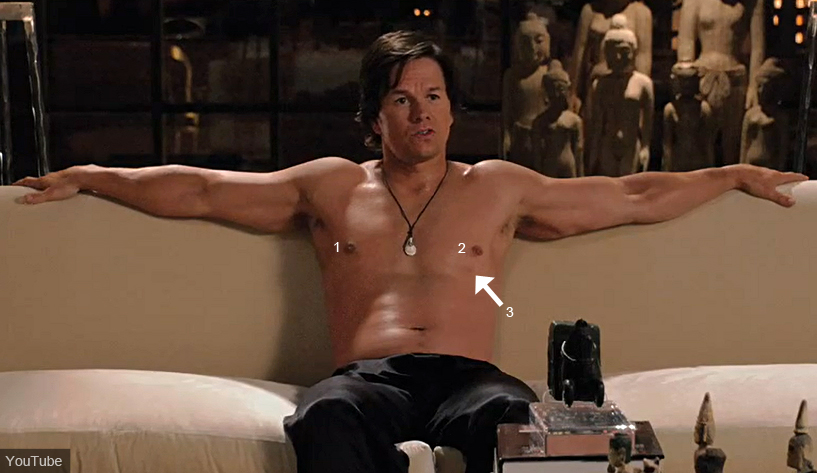 Something strange happens almost every night – a previous post from July 2011 appears in the popular posts on our website.

It turns out, in the small hours in particular, an unexpectedly large number of people want to read about celebrities with extra nipples.

Third nipples are usually above the belly button and they’re more common than you’d expect – one in 50 women and one in 100 men have extra nipples – so a few celebs must have them.

My first third nipple sighting occurred when I was paying an inordinate amount of attention to a naked Mark Wahlberg (as you do) in his 1996 flick, Fear. With the super sexy actor taking his shirt off in a lot of films (thank you, thank you, thank you) you can often spy Marky Mark’s extra nipple – and he’s not the only male celebrity.

One Direction cutie Harry Styles once said in an interview that he suspected he might have been a twin before he was born, because he had somehow acquired an extra pair of nipples – everyone thought he was joking until a recent snap of him in his trunks on a luxury boat in Australia hit the net, confirming that he does have two extra nipples.

One male celebrity who has had to deny having two extra nipples is Zac Efron. Dermatologist Dr Katherine Rothman made the claims about the sexy actor, which a spokesperson promptly denied. As someone with years of experience when it comes to a shirtless Mr Efron, you can sometimes see the markings people are referring to but they’re not really that nipply-looking, are they?

On to the ladies. One of the most famous females with a third nipple is probably Lily Allen, who has even flashed hers on TV.

Other females include actress Tilda Swinton and singer Carrie Underwood, who did have an extra nip but admitted to having it removed. Radio 1 presenter Jo Whiley had a third nipple removed, although she didn’t realise it was a nipple until afterwards.

Now that we know you guys are fascinated by superfluous nipples, we’ll be sure to alert you to any new sightings.