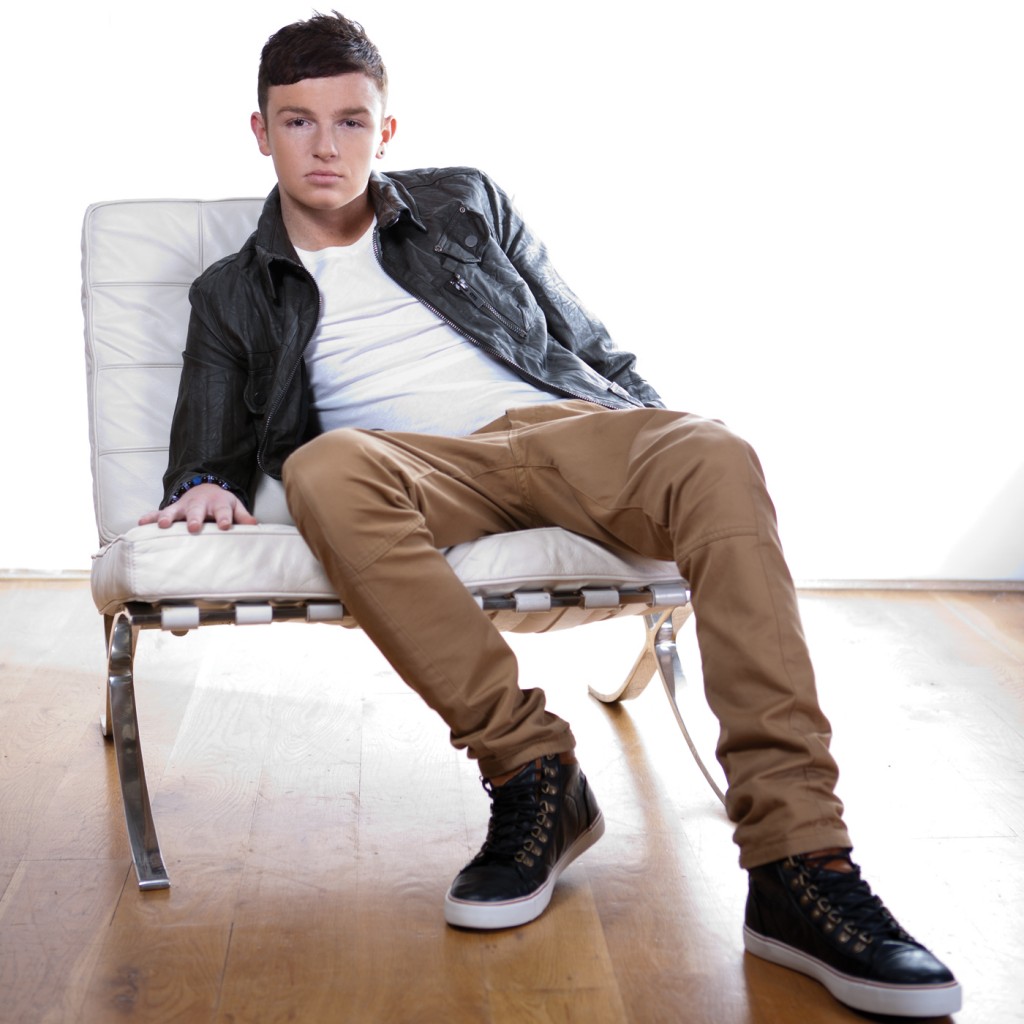 The last time we saw Bradley Johnson he was a member of Nu Vibe and competing in the X Factor.

The band may have exited the show in the second week of the live finals, but now Bradley is solo again and doing better than ever.

Ahead of the release of his new single, Boomerang, we had a chat with Bradley…

Hello Bradley, how are you?
I’m good thanks.

The last time we saw you, you were on the X Factor. What happened to Nu Vibe?
We split up after the show because I got signed as a solo artist – and Ashford went into the Risk.

Do you have any regrets about your time on the show?
Not really. I wish I hadn’t moaned as much I suppose [laughs]. It was difficult, I was 16 at the time and found it hard being away from home for long periods of time.

You auditioned for X Factor as a solo artist, and now you’re solo again – do you prefer going it alone to life in a band?
Definitely. I miss the guys because we became good friends but my heart was not in being in a boyband, my passion has always been to be a solo artist.

We’re loving your new single, Boomerang – tell us about it.
It’s amazing. Just after I got signed, the record label was working with the producers looking for the right tracks and writers for my album. We had loads of great tracks come in, some of which are on my album, but when we heard Boomerang by Tim Laws everyone just knew it was the right one. It sticks in your head because of the catchy lyrics.

Do you have plans for an album and a tour?
Yes, the album will be here later this year. It’s all happened so fast with the single being released. We are on a promotional tour at the moment doing press interviews, radio interviews, school performances, club performances, getting a chance to meet the fans. In between all of that I’m back in the studio recording more for the album and when I get a chance, I sleep [laughs].

Who are your main musical influences?
Ed Sheeran, he’s so talented and I love his tracks. Plus singing A-Team on the X-Factor got me to where I am now. I had the chance to speak to him on the phone whilst I was on X Factor but I want to perform with Ed, like an SBTV video of A-Team together.

Who are your favourite three artists in the charts at the moment?
Ed Sheeran, Carly Rae Jepson, One Direction.

Would you recommend auditioning for the X Factor to aspiring musicians?
Yes definitely. It’s not as easy as I think people think it is, days are long and tiring. The experience is amazing though and I would recommend anyone who wants to do music seriously to definitely audition, but don’t be put off if you don’t get through, keep trying.

What advice would you give to people thinking of auditioning for X Factor this year?
Go for it. Prepare yourself, make sure you have the right song to audition with and work hard to make your performance the best it can be.

Give us your best salesman-esque pitch – why should people buy your new single?
Buy my single because I love you all – it’s because of you guys that I’m here and so grateful to every fan I have, so please buy my single and get it in the charts!