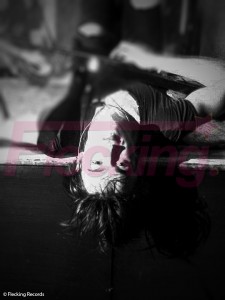 It’s been a week since McFly put the Keep Calm and Play Louder tour to bed. As the post-tour blues start to creep up on us we reflect on what was quite possibly McFly’s best tour yet.

Here at Flecking Records we’ve never been ashamed to admit we love McFly, so you can imagine our delight in attending no less than five dates of the Keep Calm and Play Louder Tour, and this tour had it all! We laughed, we almost cried, we certainly boogied, we got spat on and every night we fell in love with McFly all over again.

What better way to start the evening than with a great opening band? With a fantastic cover of Adele’s ‘Set Fire To The Rain’ and original songs such as ‘Hurts’ and ‘Line Up The Stars’ our love affair with Ivyrise began! Keep your eyes peeled to see what the band said about McFly, touring and their album in our upcoming interview.

Suddenly, the wait – which seems like years – was finally over. We hadn’t seen the boys since Jolly Day Out last year, and we didn’t realise quite how much we’d missed them until we heard the classic YMCA announcement! The time had come to Keep Calm and Play Louder!

With a set list to fly any Galaxy Defender to the stars, McFly played a mix of old and new including favourites such as ‘Broccoli’, ‘Star Girl’ and ‘No Worries’. Now for the new songs! Well, what can we say? Red has NEVER looked so beautiful! We were blown away! ‘Red’ is a huge hit with the fans, as was ‘Touch The Rain’ and ‘Do What You Want’. We can’t wait to be singing along to them when the new album lands.

Arguably one of the best tour covers McFly have performed over the years came in the form a pop medley, which featured hits: ‘Livin’ On A Prayer,’ ‘We Found Love,’ ‘What Makes You Beautiful,’ ‘Somebody I Used To Know’ and ‘I Wanna Dance With Somebody.’

Of course we had the banter, as most of you are now aware Tom Fletcher may have been replaced by “Teabag Tom” (although the jury is still out on that one!), King Dougie can now add magician to his long list of talents (only to be outdone by Harry, of course) and we’re pretty sure Danny had a little competition with himself to see how far he could spit water in to the crowd – which was a welcome cooling down for some Pioneers!

With two glorious reality TV winning performances and nine year behind them, McFly seem to have more stage presence and confidence in themselves than ever. They’re not going anywhere! Well, except on Stag Do’s, Honeymoons and to the studio to record their SIXTH album this June.

Click here to check out our tour photo gallery.