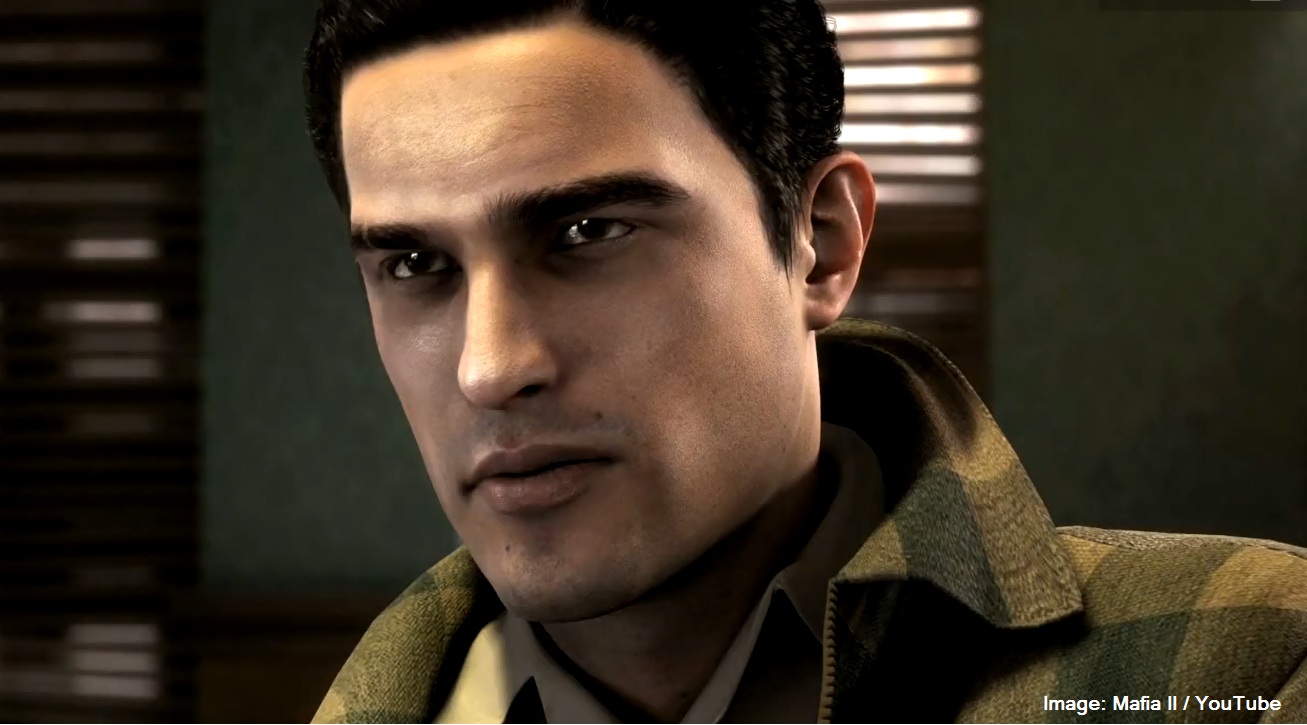 Maybe this is another example of delusional behaviour, but I always find myself crushing on those who do not really exist.

It’s one thing to fall for a character in a movie or TV show, they may be playing a part but it’s still a real actor with a face and a pulse and a place in the real world. However, with video game characters things are a little different. Until very recently these characters were simply handsomely-arranged pixels, it’s only now that game-makers are using motion capture that we’re seeing real actors playing the parts of video game characters instead.

And so, with a small selection of real faces to convince myself I haven’t entirely lost the plot, I am going to talk you through the ten video game characters I find the hottest – not only are these gentlemen easy on the eyes, but I’m factoring in things like how they treat the ladies, what they do for a living and whether or not people try to replicate their facial features using bits of dead people.

We’ve got the hottest of the hot from games like L.A. Noire, Assassin’s Creed II, Heavy Rain, GTA IV and more. Please note that this article contains spoilers so if you haven’t played the game, skip the character and read the next one.

In at ten we’ve got master detective, Cole Phelps. Phelps was a marine who later joined the police force and swiftly rose through the ranks – largely due to some expert button-pushing on my part.
Despite the bad eggs in the police force, Cole always does the right thing and he does it in his own handsome way. Sadly the same can’t be said for his personal life because when he claps eyes on club singer Elsa Lichtmann, he quickly forgets that he has a wife and two kids and hops in bed with the German temptress.
Cole is played by Mad Men actor Aaron Staton, so at least we can put a real face to the entirely fictional character.

Number nine is my favourite cowboy, John Marston. For a gang member turned cattle rancher turned bounty hunter turned zombie, he’s an awfully kind and gentle fellow, and is certainly respectful of women. He refuses to cheat on his wife and defends the honour of the women he meets along his travels.
We love his rough-and-ready cowboy look, everything from his roughed beard to his awesome cowboy hat. For crying out loud, the man even looks sexy in a poncho – this one is a keeper.

Eastern European hottie Niko Bellic is in at number eight. The former soldier travels to Liberty City to live with his cousin, Roman.
For a man who can kill so easily and without hesitation, Niko is a total sweetheart. Yes, this is a Grand Theft Auto game, but sleeping with/murdering ladies of the night is entirely down to the person playing the game. In the story, Niko actually gets his heart broken. First there is Michelle, who dates him but is actually working undercover (that bitch) and then we have Kate McReary, who Niko is really falling for until (depending on the choices you make) she is murdered by one of his enemies. So really, Niko is quite unlucky in love.
He scrubs up pretty nicely in a Perseus designer suit, and with his sexy Serbian accent, we’d certainly try and mend his broken heart.

My number seven, Bruce Wayne, is briefly seen without his bat-mask in the beginning of Arkham City. Bruce is so damn hot that villain Hush actually alters his own face to look just like him, by stealing various bits and pieces from people he has murdered. Nice.
Not only is Bruce super buff and super rich, he’s also a superhero – Batman. He protects Gotham City and he does it, not only in a sexy black outfit, but without killing anyone. What a guy!

Ethan Mars – my number six – has it all. He’s a successful architect with a beautiful house, loving wife and two kids. Things take a turn for the worst when his son Jason wanders off and gets hit by a car. With one son dead, Ethan and his wife separate and just when you think things can’t get any worse for the poor guy his other son is kidnapped by a serial child-killer. So how far will Ethan go to save his son? Pretty damn far, and without a hair out of place. Ethan is so impressive, he can chop off his own finger and still make sweet love to a lady – providing you push the right buttons (that’s controller buttons, pervert).
Ethan is exactly the kinda guy you want to have in your life. Probably don’t have kids with him though. With one son being hit by a car and the other getting kidnapped, he’s got a terrible track record with that sort of thing.
My example video of Ethan shows him in the shower (you’re welcome). It’s important to remember that Heavy Rain was made using motion capture, and Ethan is played by actor Pascal Langdale – who is also the fella in the National Lottery adverts.

At number five we have explorer Nathan Drake. Not only is he pretty kick-ass at finding treasure, but he does it with charm, style, wit and a very sexy voice.
He isn’t phased by the dangerous situations he is constantly finding himself in – whether he’s in a plane crash or trapped in a burning building – he just bosses his way out of trouble.
The handsome adventurer is a hit with the ladies for sure, but his dangerous activities make it difficult for some girls to love him… for fear of losing him.
Well, Nathan, I’m pretty brave too, and willing to take that risk…

Agent Norman Jayden FBI. My number four has issues (who doesn’t?), but he’s a nice guy deep down. Well, when he isn’t tripping. That aside, I love everything about him – he’s gorgeous, he’s heroic – I even like the way he says his name (AgentNaaahmanJayden F-B-I, see above video).
Of all the Heavy Rain characters, I felt for Norman the most (so to speak) and decided it was worth replaying the game again and again to land him a happy ending.
Norman was played by actor Leon Ockenden.

Ezio Auditore da Firenze was a Florentine nobleman during the Renaissance. The hot Italian is my number three because he is ridiculously handsome, he’s a family man and he’s a seriously skilled assassin – I like ’em dangerous.
A man who isn’t afraid to fight for what is right, I love watching him free-run his way across the rooftops of gorgeous cities like Venice, Florence and Forli.
As a fellow Italian, my family would totally approve of me marrying him – if he wasn’t preoccupied with vengeance/definitely dead by now/not real.

At number two, we have Jack Kelso from L.A Noire. Like Phelps, Kelso is also an ex-marine only now he works in insurance. He’s not only very handsome, but he’s also played by actor Gil McKinney who is real and that makes this seem less weird.
Kelso is actually pretty patronising towards women, although the game is set in the 1940s. I actually love the way he refers to all women with terms of endearment, and would do just about anything to hear him call me princess… just once.
He’s a little cheesy sometimes, but y’know what? I dig it. And he’s a good guy who goes through hell to discover the truth, putting old grudges aside for the greater good. What a guy!

Vito Antonio Scaletta is my number one. The up-and-coming gangster has that cheeky Italian charm going on – so whether he’s swearing in church, getting told off by his mamma or burying a dead body, you can’t help but adore him.
Another former soldier (do you think I have a type?) Vito was a troublesome teen who got caught trying to rob a jewellery store with his pal, Joe. He chose a stint in the army over a jail sentence.
After being discharged from the army Vito goes home to mamma, and does his best to take good care of her and his sister.
Vito is, of course, so handsome that nothing else actually matters to me, but the fact that he is such a nice guy (despite being a gangster) means that he absolutely has to be my number one hottest male video game character of all time.