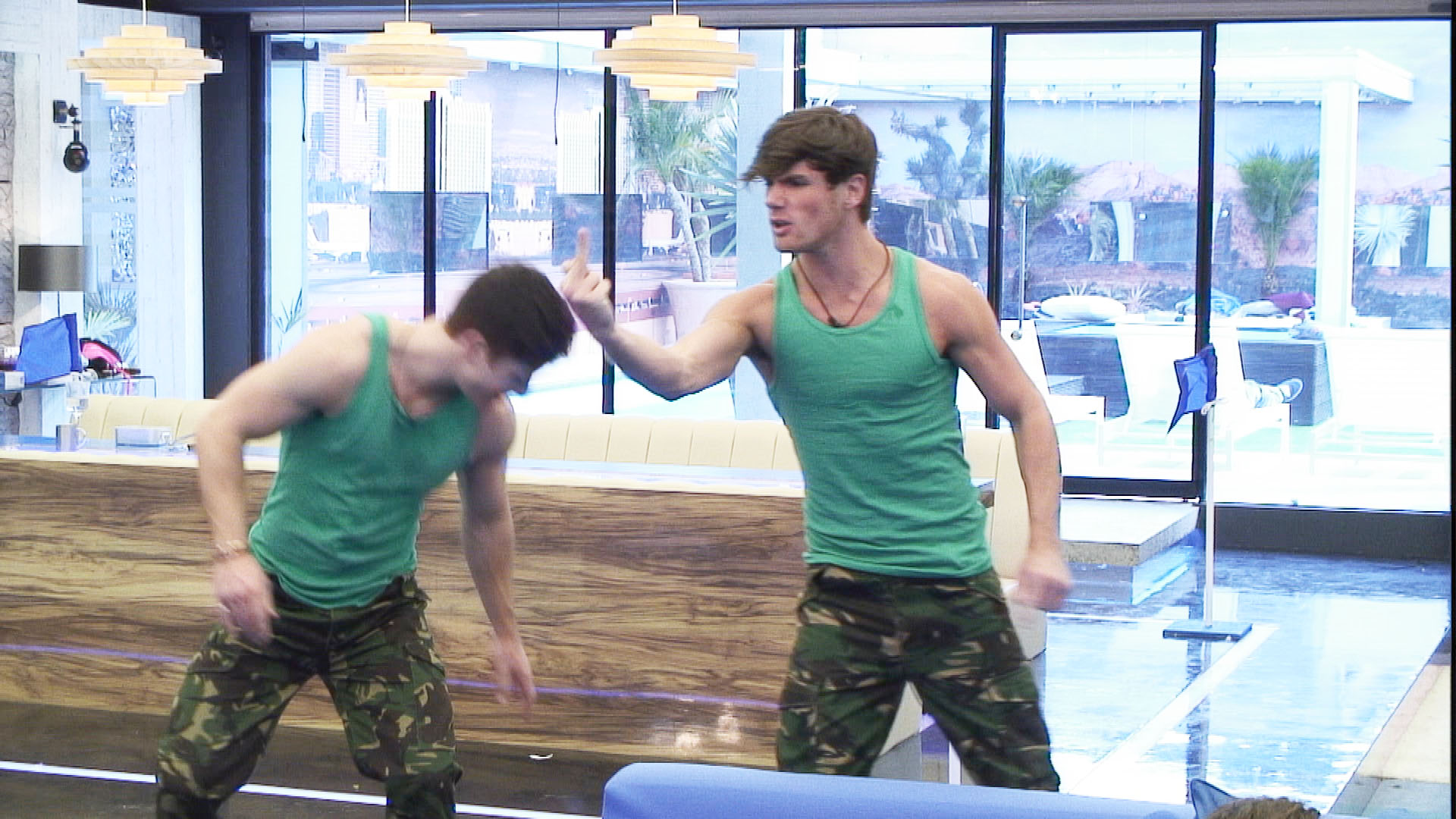 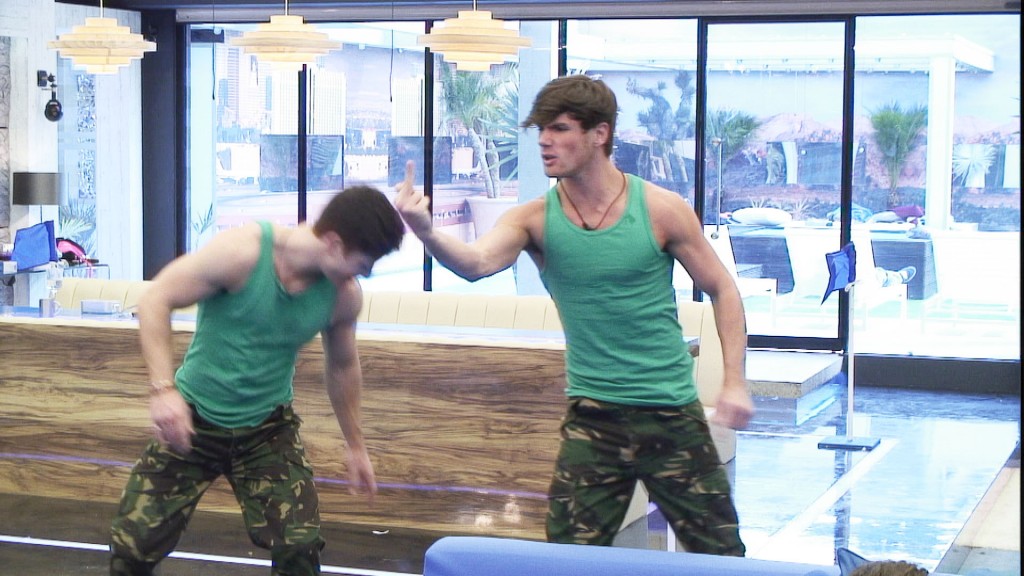 Day 30 in the Big Brother house…

Yesterday, battle lines were drawn as housemates were split into two competing teams for this week’s task. It’s the Blue team Vs the Green team! All week they must compete against each other in a series of challenges to win exclusive access to different areas of the house. The Green team won access to the kitchen and a luxury shopping budget, with the Blue team winning access to the living and dining area. Luke S jokes with Caroline, ‘You will run out of food Caroline!’ She disagrees and he continues to wind her up by making a point that he has a carton of orange juice.
Caroline and Sara are eating their rations on the sofas, whilst discussing the Duke of Edinburgh award. Caroline confirms she completed the Bronze and Silver award and then gave up.
In the bedroom, Shievonne is wondering what Big Brother has in store for her 29th birthday on Friday. ‘Oh my god! What if they got a sexy caramel stripper?!’ Ashleigh says she will ask Big Brother for a striper. Shievonne adds, ‘Or we will have to get Adam to get dressed up in that army outfit!’ She then asks Lauren, ‘Would you mind if I get your boyfriend to dress up?’ Lauren laughs, ‘My boyfriend?!’
10.25am
Back in the bedroom Shievonne thinks the first challenge will be for access to the bedroom and that the losing team will have to sleep in the task room. Shievonne leaves the room; Lauren says to Deana, ‘Shievonne f**king hates me have you noticed? We need to swap (groups) me and you!’
The Alpha males from competing teams, Conor and Luke S, come separately to talk Turf Wars to Big Brother. Luke S thinks, ‘Physically we’re the stronger team.’ Conor says, ‘If it’s a mental and a group task we’ll win hands down. I was gutted about the kitchen…it’s the first time I’ve tasted muesli ever! F**king disgusting.’
Luke S admits that he is quite looking forward to winning the bedroom and bathroom and jokes, ‘We are the best and we will beat the rest!’
12.58pm
Now its time for round three and the battle for the bathroom! To win, teams must compete in a relay and collect rubber ducks with their mouths from gunge filled loos and drop them in the baths without using use their hands. Let the battle begin! All team members work hard and there’s a lot of encouragement.
The Blue team score the most points in the amount of time given. Conor shouts, ‘We won!’ Big Brother announces that the Blue returned the most ducks to the bath tub, however as Sara used her hands to pick up a duck the Blue team are disqualified. The Green team win the bathroom and cheer! Sara apologies to her team
Adam chants, ‘You won to loose!’ Conor reacts, ‘I’m happy we won. I don’t care.’ The Blue team are then given 30 seconds to collect their toiletries from the bathroom.
1.46pm
Some of the Blues are a left little miffed. Caroline and Conor rummage through their rations whilst discussing the Green team’s cheers.
Becky is over the moon in the diary room, ‘They are absolutely mortified! Sara cheated that’s why they didn’t win. More fool them!’ She continues, ‘Conor is taking it really badly, the most stressed out moody teenager. The fact he’s up for eviction is definitely stressing him out.’
2.43pm
The Green team are revelling in their new territory, a new green bathroom! Arron and Deana are check out the Blue team’s new camping shower in the garden. After seeing the camping shower, Luke S admits, ‘I do feel sorry for them.’
Sara comes to see Big Brother. ‘I really don’t want to lose the bedroom. I like to use the mirror and my clothes are all in order. If I take them out they will get mixed up. I hope I don’t do anything silly again as people will get really mad.’