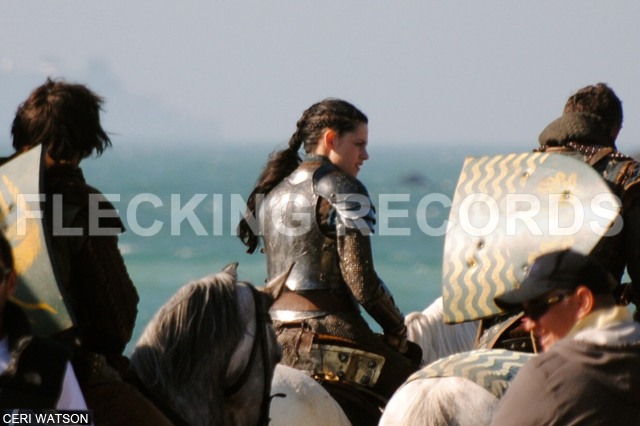 Oh my days! If it isn’t bad enough that Kristen Stewart cheated on Robert Pattinson, apparently she did it while wearing something of his.

According to Hollywoodlife.com, Kristen was not only wearing Rob’s hat, but was also spotted in men’s grey Nike sweatpants and what appears to be boxer-briefs.

Us Weekly obtained photo of Kristen with her Snow White and the Huntsman director Rupert Sanders.

“They were kissing like crazy,” an eye witness told the site. “This guy was kissing her entire body.”

Click here for snaps of their encounter – in broad daylight!