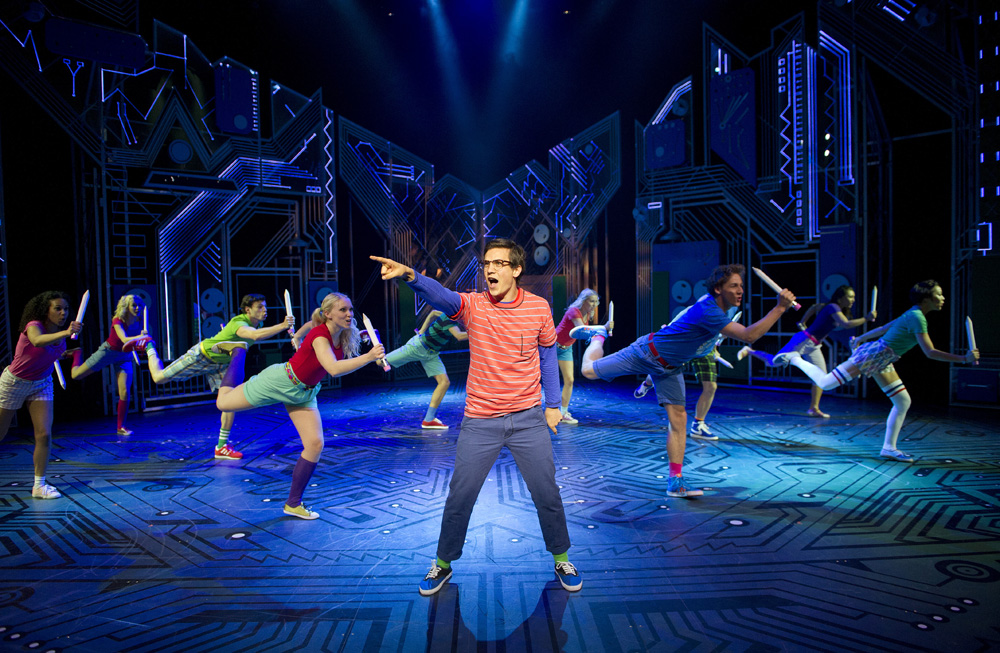 Pinch me, is this real? Sorry, couldn’t resist.

Following its success at West Yorkshire Playhouse this summer, new pop-rock musical Loserville is transferring to London’s West End. Written by Elliot Davis and James Bourne, former member of Busted and Son of Dork, the vibrant musical about staying true to your dreams will be at the Garrick Theatre from 1 October.

For those of you who didn’t catch Loserville in Leeds… Set in 1971, Loserville finds computer geek Michael Dork and his misfit friends Lucas, Marvin and Francis about to change the world. It’s just that no-one knows it yet. When new girl Holly arrives in town, Michael’s dreams seem to be coming true – at last a girl with looks and brains that actually notices him. But when rich kid Eddie discovers Holly’s dark secret, he turns his back on girlfriend Leia, and sets out to ruin Michael’s future dreams.

Developed at the Playhouse with an acclaimed creative team including Tony Award winner Martin Lowe and Annie choreographer Nick Winston, Loserville’s talented ensemble of 30 performers rock into London’s world-renowned theatre district. The West End production reunites the original Leeds cast including Aaron Sidwell, Eliza Hope Bennett and Lil’ Chris, with Stewart Clarke taking over the role of Eddie from Gareth Gates. Developed at the Playhouse with Kevin Wallace for First Act! and Youth Music Theatre, Loserville premiered in the Quarry theatre in June.

Sheena Wrigley, the Playhouse’s Chief Executive said: “We are thrilled that Loserville, one of our most ambitious projects will transfer to the West End, joining a long list of productions created and built here at the Playhouse that go on to have a life outside of Leeds. We are delighted that a wider audience will have the opportunity to see this energetic, bright and lively production of a new British Musical which premiered here in Yorkshire.”

Click here to read our interview with James and Elliot, and here for Chris and Aaron.