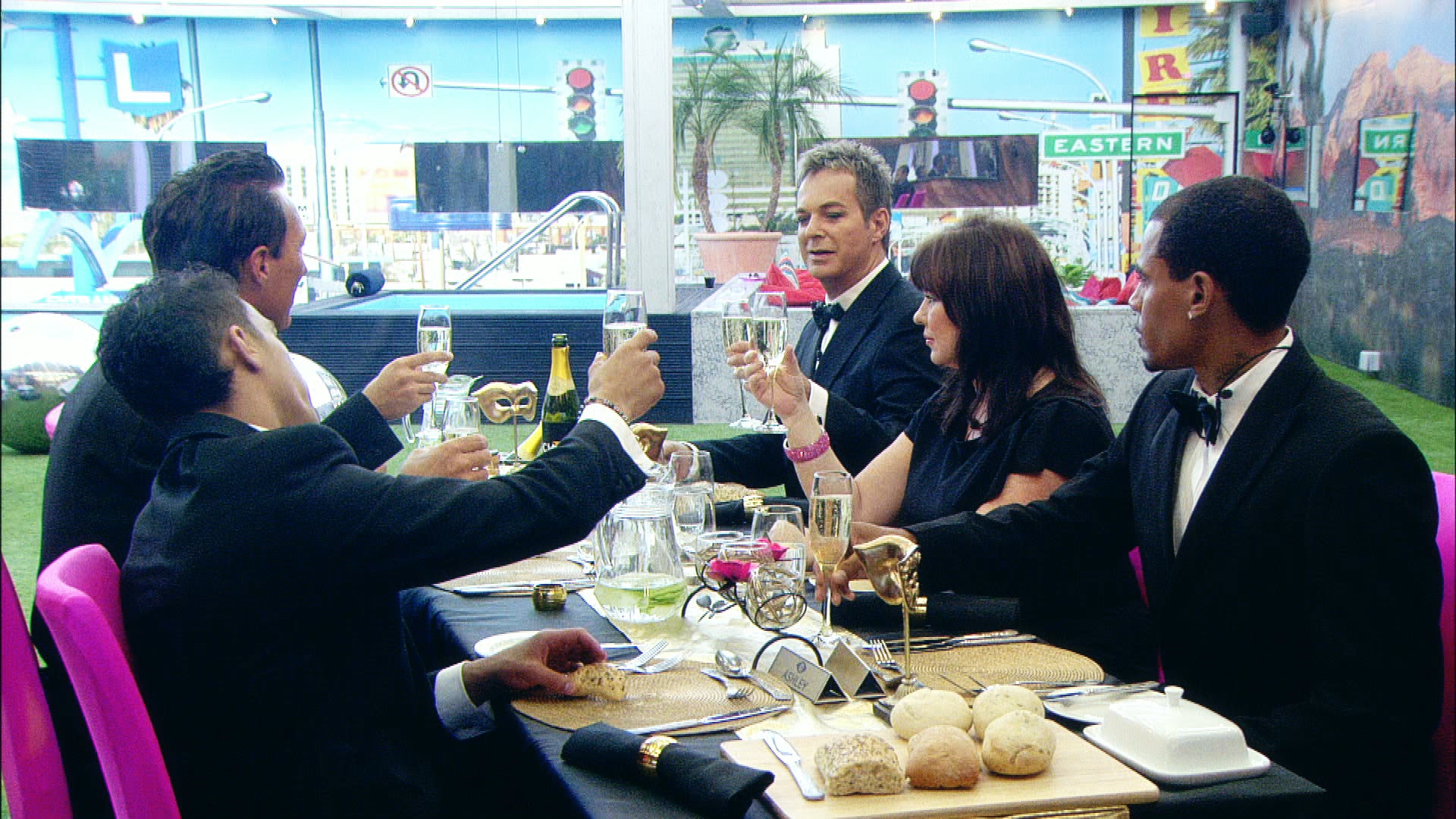 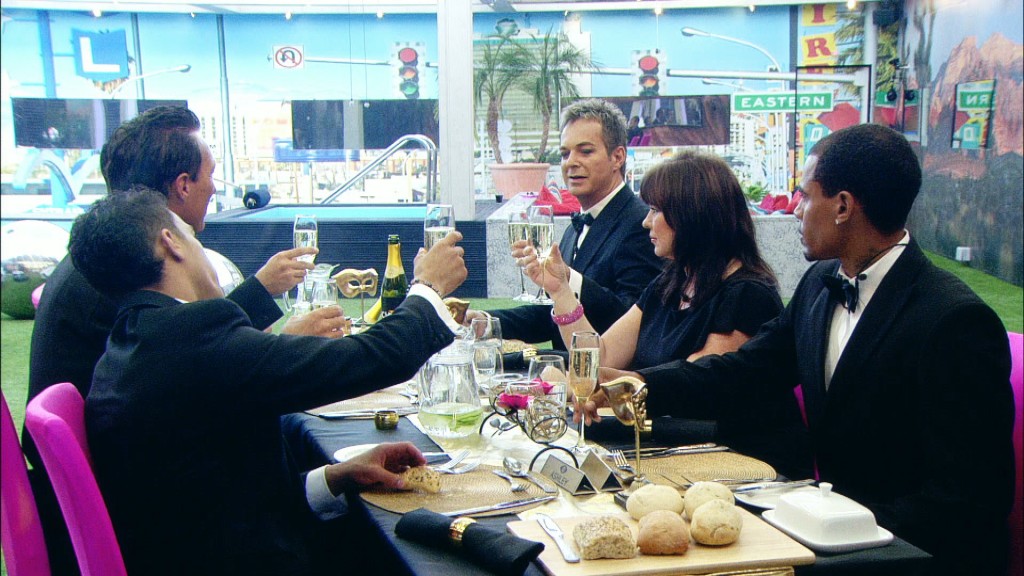 5:11PM
For the final six housemates, their time in the house has nearly come to an end, and it’s nearly time for them to spend their last meal together.

In the diary room, Martin confesses that he wanted to come into the house and show viewers the side of “Martin Kemp” that is “a dad and a husband.” He continues to claim that in the house people cannot hide behind anything and have to be their true selves.

In the garden, Martin and Ashley are talking about their last night in the “hotel.” Ashley quips: “We’re going to have to check out sooner or later.” They continue to discuss the emotions housemates have experienced in the house.

Coleen announces that it feels good to have made it to the final week as the only woman left in the house. She goes on to declare: “It would be the best thing ever to win the show. The public have made my whole career; it has always been the public. They have always been supportive and I would say that a last push would be lovely.”

In the smoking area, The Situation claims that the final will be “interesting”. In the diary room The Situation declares: “If the great British public were listening right now I’d have to say thank you so much. I would like to go out a winner. It’s been an unbelievable ride and a ride that some of my fans got to see. Coming from the US and being a visitor and getting support out there would be the icing on the cake.”

In the garden The Situation admits to Julian that he has learnt “mental stability” in the house and not to “judge a book by its cover.”

In the diary room Julian confesses that if he were to win the show it would “put a spring in his step,” and he would feel “some sort of momentary euphoria.” Harvey declares that he would “overwhelmed” if he were to win the show. He adds: It would reflect the last four years of my life which has been hard and it is amazing how things can change in four years. It would be 110% dedicated to my daughter. She is the best thing that has ever happened to me and she’s changed me into a better person.”

In the garden, dinner has been served. Martin toasts Big Brother for “letting housemates meet each other,” as Julian comments: “They’ve got a lot to answer for.”

The Situation raises his glass and declares: “Here’s to walking in together and walking out together,” as housemates cheer.

Big Brother has given housemates some questions to answer. When Ashley is asked who he thinks should win the show, he declares: “I know two guys that have been there for me since I walked in and thought I was the baddest kid around and that’s Harvey and The Situation. I’m not the easiest of characters and at times I thought I was a stronger person, but I’m actually quite emotional when it comes to things. I think that both of them deserve to win on my behalf.”

Martin jokes that the past few weeks have taught him that “power really does go to your head,” as he makes reference to when he was a ‘God’ in the ‘Gods and Mortals’ task. He confesses that he “loved every minute” of having control over the ‘mortals’, and housemates laugh.

When asked to sum up in one sentence his experience in the house, The Situation responds: “There have been lots of ups, and there have been lots of downs, tonnes of break-ups, lots of make-ups. But at the end of the day, I love you guys and we will never forget this for the rest of our lives.”

Julian confesses that he has changed his opinion about everyone since they entered the house. He adds: “First impressions are deceptive. I will say though, what I have found interesting is spending time with heterosexual men. Well it turns out that they are quite interesting and entertaining.”

Coleen declares that each housemate that has made the final has been an ally to her in the house. She adds: “I felt like I could turn to any of you at any time.”

Big Brother asks Harvey which housemate has made his time most memorable in the house. He responds: “I’m going to start with Martin Kemp. In the last few years I have had a massive break down with my father and Martin Kemp is how I would love a father to be.” Harvey continues: “As everyone knows, it is my little brother Ashley. In the last ten years I spent it as the bad boy of this and people don’t realize we’re soft guys and we feel the same. This boy is what I call a mirror image of me. I’ve actually fallen in love with the kid. Diamond geezer and he’s got a bright future. Here’s to that gold in Rio kid, keep it focused.”

Martin shows his appreciation for Harvey’s comments as the housemates make their final toast: “To us” they proclaim.