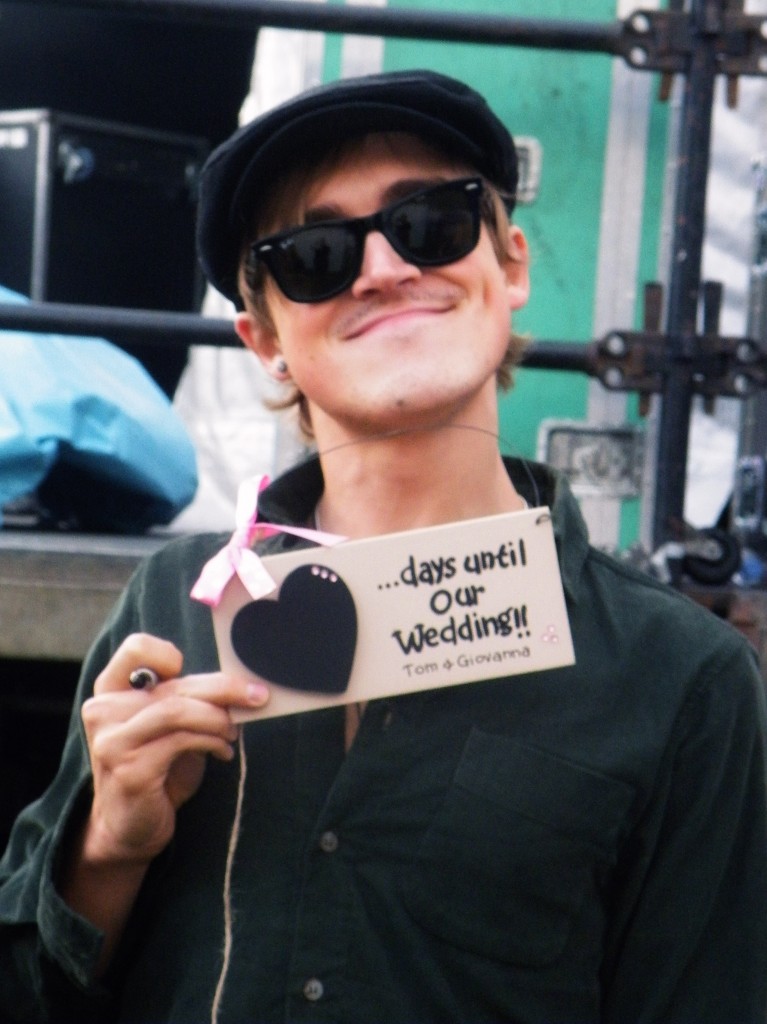 A story is doing the rounds that Tom Fletcher boasted about giving One Direction not very good songs for their album.

So is it true? Of course it isn’t.

The McFly member was doing an interview with bandmate Danny Jones when he was asked about the songs he penned for Niall Horan, Zayn Malik, Liam Payne, Harry Styles and Louis Tomlinson.

In an interview with Metro, Tom said: “We just worked on a couple of songs on their new album. They came over to do a writing session and I had a few song ideas.

“It’s hard when you’re writing for someone else. You obviously always want to do your best work, but sometimes you write and have a song idea and you’re like, ‘Oh, it’s so good I want to keep it for us’.”

Bandmate Danny chimed in with Tom: “You sent that slightly s**tter one, didn’t ya?”

Tom continued, “So I played them a few song ideas and they went for one of the others. I was like, yes!”

The comments were taken out of context by some, who didn’t realise that Danny was only joking. Tom took to Twitter to set the record straight.

“So, the stuff in the press today about us giving One Direction our “sh*t” songs is obviously completely false.

“What Danny said was obviously a joke. We would never, NEVER, give anyone “shit” songs and as I clearly say in the interview: “You obviously always want to do your best work”.

“In fact all 3 songs I’ve written for 1D are some of my favourites I’ve EVER written and I genuinely would have kept them for mcfly but I have never, and will never give anyone second rate songs.