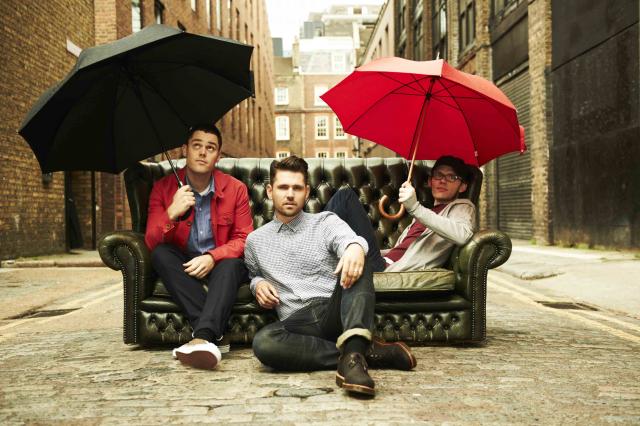 Best known for their infectiously catchy 2004 smash-hit She’s So Lovely, Scouting for Girls can only be described as a musical contradiction. Despite having spent countless years performing live in dingy pubs whilst honing their craft, they seem destined to be forever labelled as one-hit wonders who happened to write a memorable riff and got really lucky overnight.

However, when watching them perform an energetic set at Glasgow’s o2 ABC, it’s difficult to ignore the fact that they are clearly a band whose ‘overnight success’ was, in fact, years in the making and the direct result of hard work and their sheer determination to succeed. Front-man Roy Stride bounded about the stage with lightning in his veins and steel in his eyes, working the crowd in a way only a true professional can. His supporting cast came in the form of bassist Greg Churchouse and drummer Peter Ellard, who did a fantastic job not only of playing their instruments but also of providing the entertaining on-stage banter that was lapped up by the young crowd. Whilst there was times that different songs seem to blend into one due to their uncanny similarities, there was also moments where one was left wondering how all their later, much more musically credible, material had been so blatantly overshadowed by the success of She’s So Lovely.

Whilst She’s So Lovely was without a doubt the biggest crowd pleaser of the night, new songs such as Without You were also met with a surprisingly warm reaction – proving the band many had written off already still have some life in them yet.

It’s a real shame that Scouting for Girls’ latest material hasn’t been given the credit it deserves – looking at the state of our music charts today, raw talent in mainstream pop is something that really should be cherished.