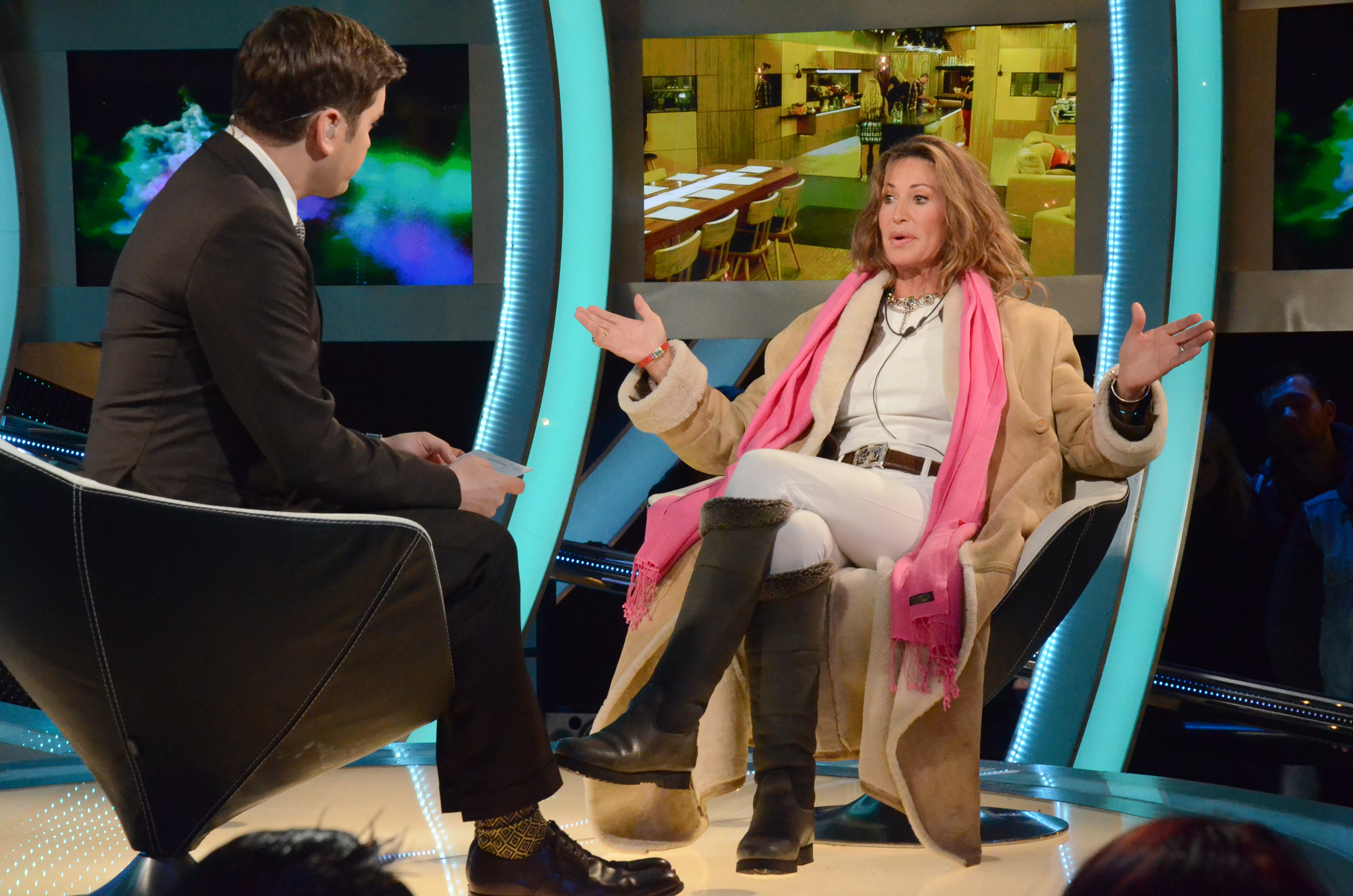 Tonight, model Paula Hamilton was the first housemate to be evicted from the Celebrity Big Brother house of 2013.

Last Saturday, jockey Frankie Detorri gallantly sacrificed himself to save his fellow housemates so in a cruel twist, automatically faced the public vote.

Paula left the house to a mixture of boos and cheers from the live audience. She later told host Brian Dowling: “People have their opinions,” so he didn’t mind the boos. She added, “I knew for a long, long time I was going in,” and wished that she had less time to think about it.

Paula said that she wanted Razor to win the show and that she though Frankie had a game plan. “He’s an intelligent guy,” she said and claimed he knew how to gain fans and wants him to be the next celebrity to be evicted from the Big Brother house.