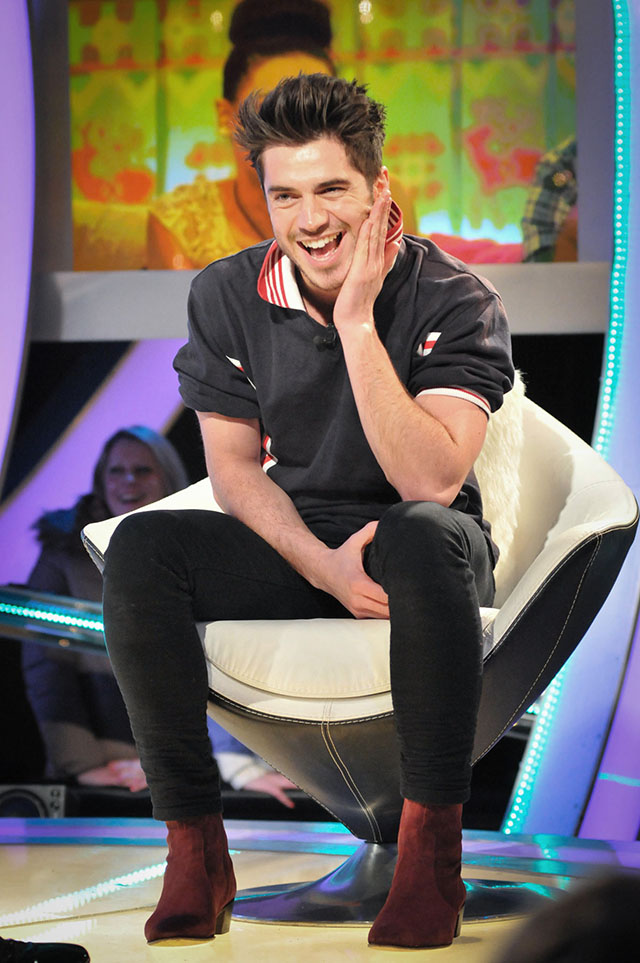 Tonight, actor Sam was the second housemate to be evicted from the Celebrity Big Brother house of 2013.

Sam told host Brian Dowling, “I’m delighted to be out! It’s been fun but I’ve had enough.” He added, “I was bored most of the time.” Sam thinks his fellow housemates will be relieved that Heidi and Spencer are going back in the house rather than Paula.

Big Brother asked Heidi and Spencer to select who they think are the two dullest reality stars in the house; they nominate Claire and Rylan who now face the public vote. Nominations will take place on Sunday. Heidi and Spencer have now returned to the main house.