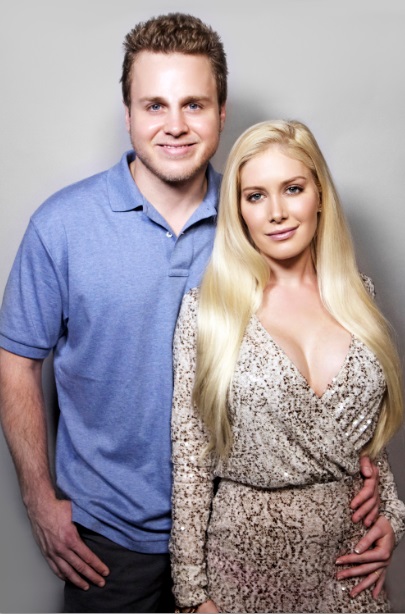 Reality television stars Heidi Montag and Spencer Pratt – also known as ‘Speidi’ – shot to fame in MTV’s popular show, The Hills. They are known for their turbulent relationship which dominated the show’s storylines for many seasons. The blonde bombshell called of their engagement briefly in 2007 but the pair married in a lavish and dramatic ceremony which aired during a pivotal episode of The Hills.

Spencer, who is known for his controversial opinions, was named ‘Top Villain of reality television’ in America’s TV Guide. As well as Laguna Beach and Princes of Malibu, the extravagant pair also had a stint in the US version of I’m A Celebrity… Get Me out of Here, lasting a mere four days before infamously quitting. The born again Christian couple released a book called How to be Famous in 2009 which included tips like ‘Sexy girls get all the attention, not good girls’ and ‘never leave the house without full hair and makeup’.

In 2009, Heidi famously underwent 10 plastic surgery procedures in one day including a nose job, fat injections in her cheeks, neck liposuction and buttock implants. Of her procedures, Heidi said: ‘I was an ugly duckling’ and described herself as being ‘an upgraded version of me’ after the surgery. Only a year later, Heidi admitted that she is against plastic surgery.

Spencer has openly admitted that he believes ‘Speidi’ are ‘the most famous people in the world’ and says: ‘I would do reality TV forever. It’s so much cooler to have people come up to me and be like “Spencer Pratt!” and know my name, than to be Orlando Bloom who’s famous for being some pirate.’