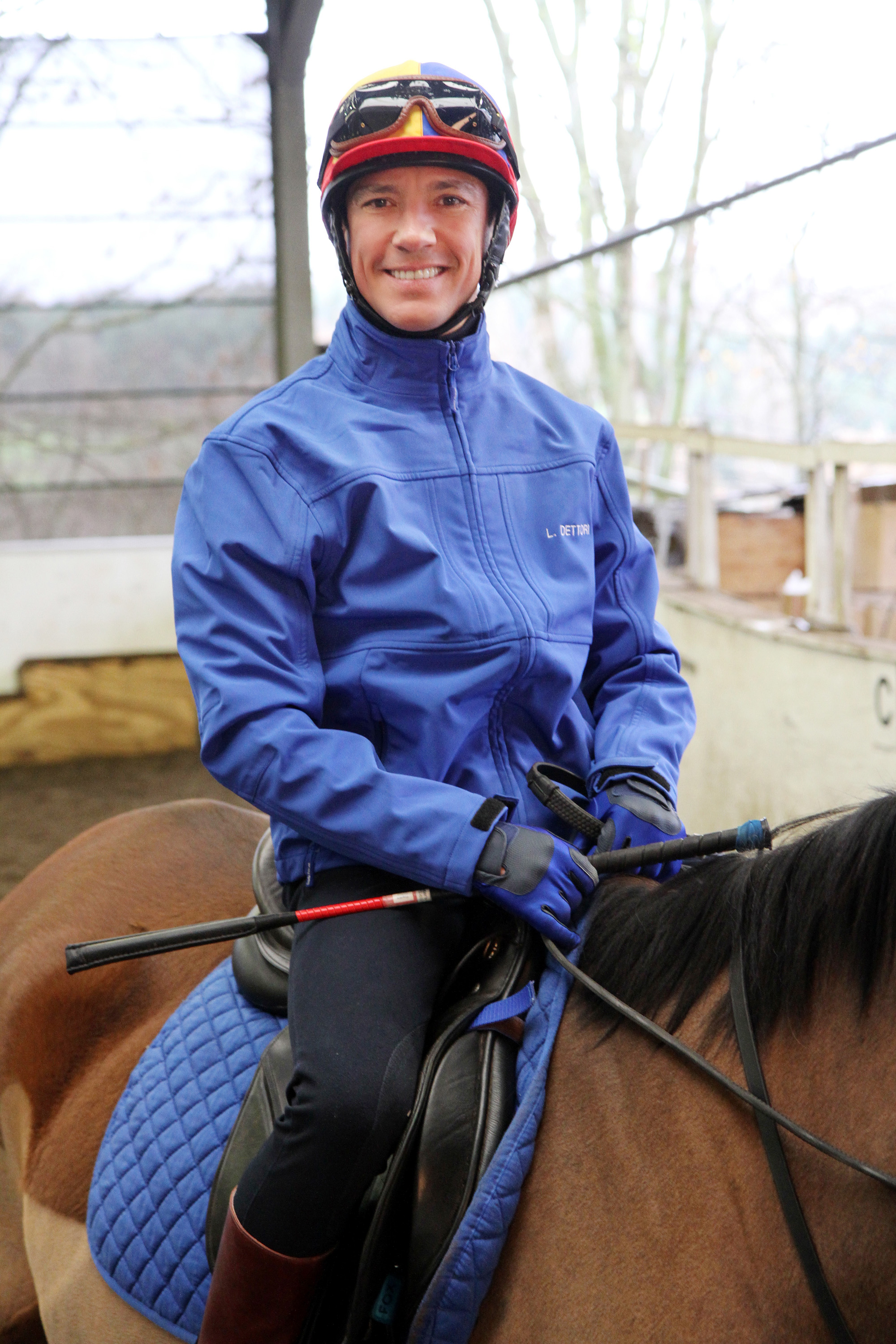 41 year old Italian, Frankie Dettori MBE is one of the most famous and successful jockeys of his generation. Having won over 3000 races, the Dubai World Cup three times and 14 British Classics, Dettori made history in 1996 when he achieved seven wins on a single day at Ascot, costing bookies £25 million.

In November of this year, Frankie made the headlines after failing a surprise drugs test; he has been temporarily suspended from riding in races. Frankie was born to a champion jockey father and circus performer mother. He left school at 13 and moved to Britain in 1985 to be a Race Horse Trainer’s apprentice. On moving to England, the Italian Stallion said: ‘I came to Newmarket not knowing anyone and not having a single word of English. I was like a little asylum seeker.’ Frankie recalls his days as an apprentice: ‘We were too young to go to the pub so we hung out at the bookies.’ As his visits became more frequent, Frankie said: ‘When you’re into gambling like that every day and hooked on it, it really is better than sex.’

Married with five children, Frankie was awarded an MBE for his services to sport in 2000. He quickly found a place in the nation’s hearts on the quiz show A Question of Sport and acted as a team captain. As well as his commitments to sport, Frankie owns a chain of restaurants with celebrity chef Marco Pierre White and lives up to his nickname ‘Funtime Frankie’, counting professional DJing as a hobby. He has broken most of the bones in his body due to riding accidents and says his guilty pleasure is a burger from McDonalds.