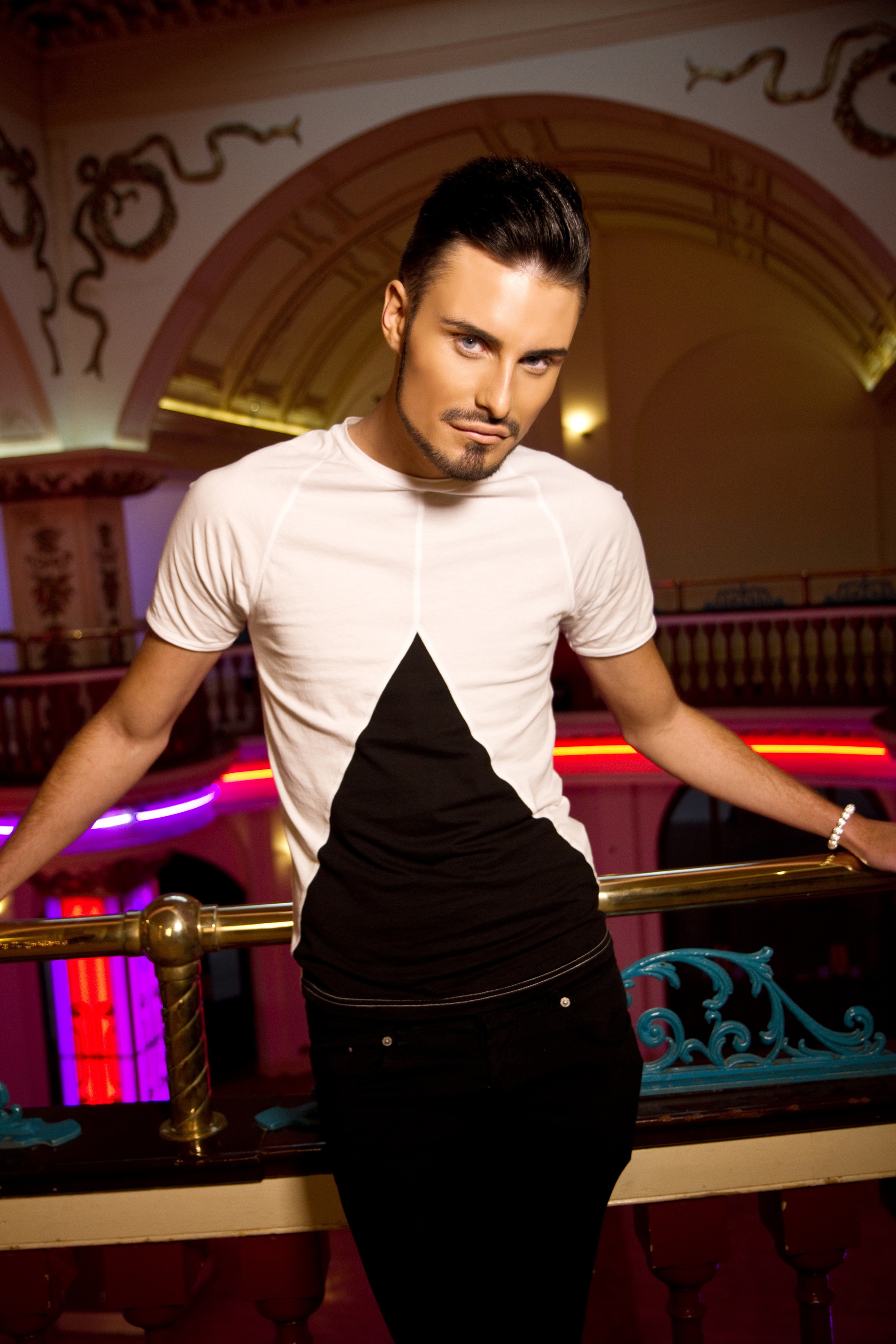 Rylan is best known for his flamboyant performances on this year’s X Factor. Following spats with judge Gary Barlow and several songs for survival, Rylan made it to the quarter final shows after an impressive eight weeks in the competition. Mentored by Nicole Sherzinger, his performances saw him flying out of planes to the Spice Girls and coining his own type of ‘Rylan Style’ in excessive costumes.

X Factor wasn’t the first time that Rylan has graced our screens and earlier this year, party animal Rylan scooped second place in the modelling TV series, Signed by Katie Price. As well as modelling, Rylan was also part of a Spanish boy band called 4bidden and has performed in Take That and Westlife tribute bands. A week after leaving the X Factor, he was presenting morning TV as the Guest Entertainment Editor on Daybreak.

Rylan spends a lot of time perfecting his look and admitted: ‘All my money goes on what I look like, if I can’t eat, I can’t eat. At least I’ve got my colour match right.’ Rylan is single after having his heartbroken three years ago. He says ‘I can’t wait to have kids. I’ve never been with a girl, it’s not my thing but I’m not ruling it out. I want the Range Rover, the husband and two kids. I want to take my boy to football on a Sunday and my little girl dancing on a Wednesday.’