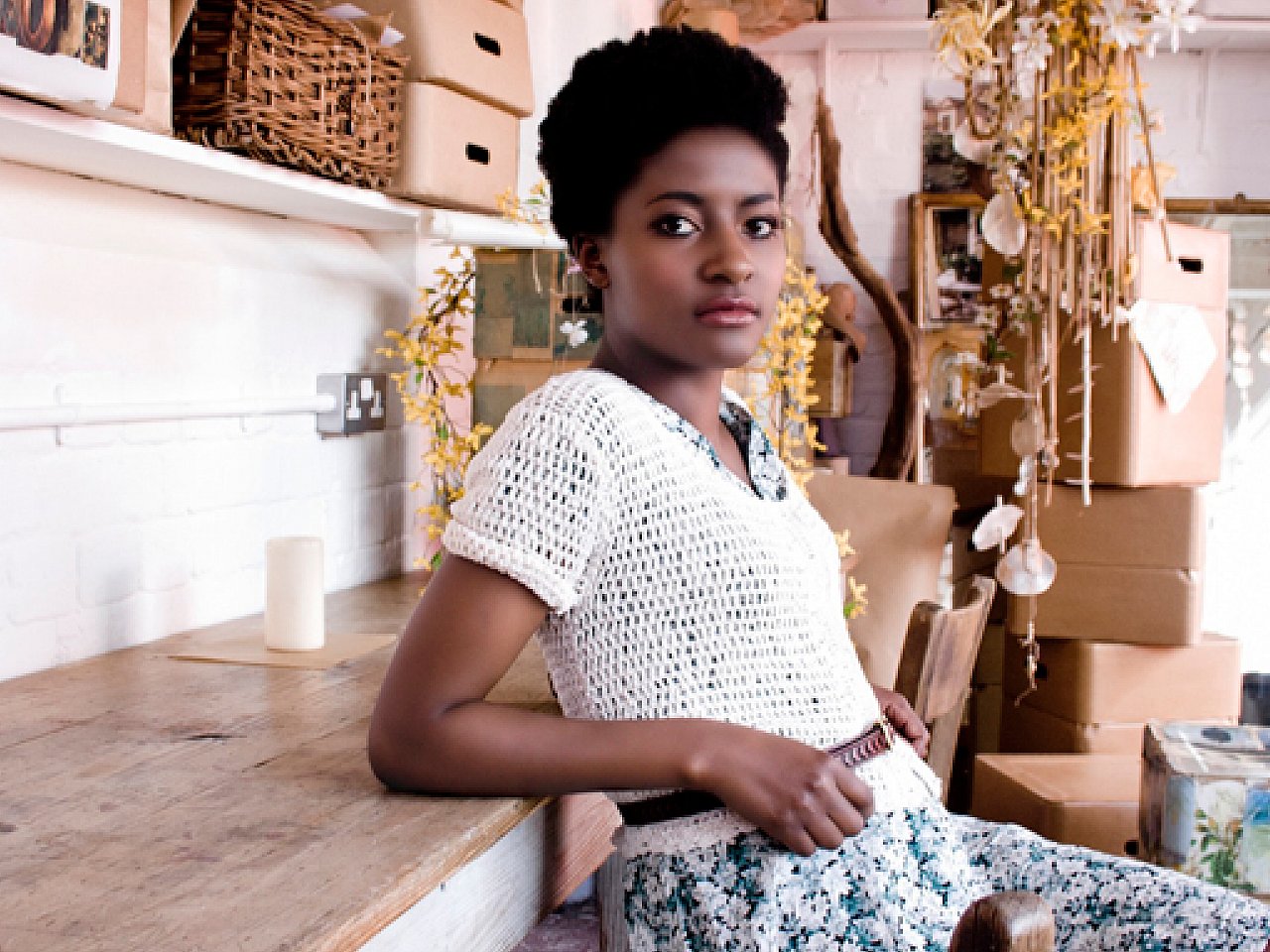 With a support slot on Brit-nominee Paloma Faith’s UK tour freshly under her belt and her new single Portrait due to be released tomorrow, 2013 has been very kind to songstress Josephine Oniyama so far. We caught up with the young Mancunian to find out a little bit more about her music, rise to fame and her hopes for the future.

Your album Portrait was released in October and has been getting great reviews. It has a really unique sound to it that seems to fuse together a lot of different genres such as indie, soul and funk. How would you describe your sound?
It’s definitely a combination of lots of different styles. I’m really inspired by folk and blues so it’s that type of storytelling but with a strong element of British indie to it too.

Portrait definitely has a classic sound to it that hints towards you being an old soul, musically.
Are you inspired by any current artists?
Well, at the moment I’m really enjoying Bat for Lashes, Sharon Van Etten and Haim.

How did you come to develop such a unique sound?
I’ve always surrounded myself with and played music that I love. I’ve never listened to only one style. So when it came to making my own music all of those elements tended to come out at once. Also, it’s a really combined effort, my producer Leo Abrahams is great at bringing out distinctive elements in the production depending on the songs I write.

Was the fusion of different genres in your music a conscious decision you made?
Not really, it’s a combination of the things you listen to and the people you work with that contribute to how everything sounds in the end.

Although you’ve been enjoying some great success lately, I hear you’ve actually been touring and recording for years?
Yes, I played my first gig when I was 15.

What would you consider to be the proudest moment of your career so far?
I’d say the release of my album, Portrait. It’s been a nice bringing together of all the years of gigging and recording.

What is the best lesson you’ve learnt about the music industry through your time in it?
Make sure the job is done before you celebrate.

You’ve worked with some amazing artists such as Jimmy Cliff and Paolo Nutini and now you’re on tour with Paloma Faith. How has that been? Were you fans of theirs beforehand?
Seeing how others do their work is fascinating. From night to night you see how successful people get to where they are. It’s a hard slog doing so many live shows (the Paloma Faith tour was 22 shows), so it’s hard not to admire people who continue to do the job so well.

How did you enjoy touring with Paloma Faith? We watched you perform in Edinburgh and really enjoyed your set.
It was a wonderful tour. Full of great people and great audiences. I felt so at home by the end, with the band and crew and felt really sorry that it had to come to an end.

Finally, what are you hopes for the rest of 2013?
To have a successful headline tour in April and get recording another album by the end of the year.