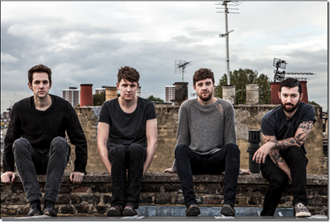 Following on from Autoheart’s new video for ‘Lent’ which premiered in late January and the unveiling of their remix collaboration with Bright Light Bright Light, Autoheart reveal their final video instalment In the Lent single release campaign: “Lent – On The Road”.

The video was directed by Tomas Mascinkas and includes a montage of footage taken from the band’s monthly ‘PUNCH’ night alongside their Hyde Park Olympic performance shot in the summer of 2012.

The band’s new single, ‘Lent’ is released on 11th February 2013. The single is available to pre-order on iTunes and Amazon and not only does it include the work of Bright Light Bright Light but also features remixes from Hannah Holland and Tom Kills.