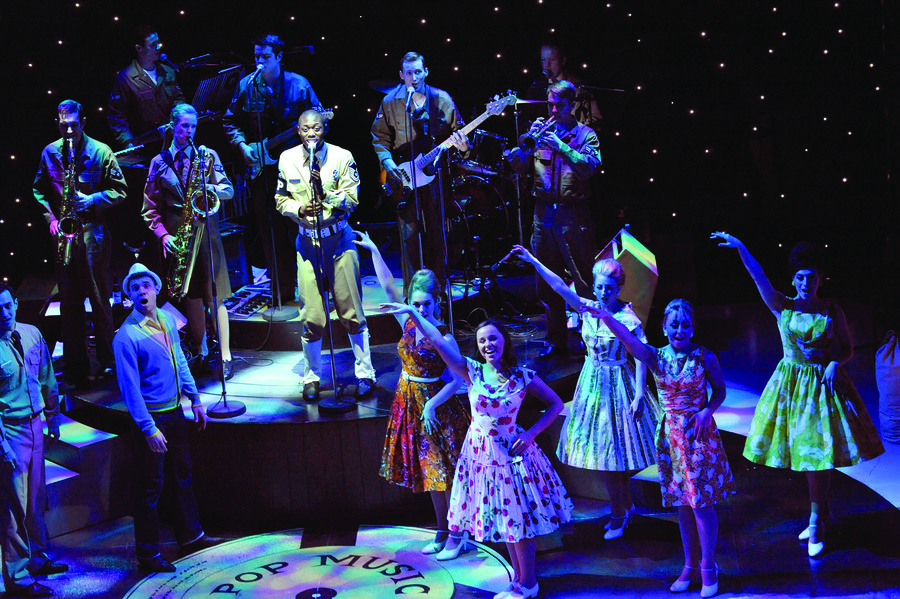 Save the Last Dance for Me is a fun and uplifting tale of summer love, set to a hip shakin’ soundtrack of early Sixties rock ‘n’ roll classics.

The new musical, by Laurence Marks and Maurice Gran, tells the story of Marie (Elizabeth Carter), a white British teenager from Luton who goes on a seaside holiday with her sister Jennifer (Verity Jones), where she unwittingly falls in love with Curtis (Kieran McGinn), a black American soldier who lives on the local U.S Air force base.

Whilst the script is refreshingly easy-to-follow and relatable for anyone who’s ever experienced the dizzying whirlwind of a summer romance, it also lacks any real depth. The characters are likeable and the parts are all played well by the young cast, but the intense relationship between the leads seems to be a tad unbelievable as the development of their romance isn’t given enough stage time for the audience to witness the growth of their love. The writers also missed an obvious opportunity to really delve into important social issues of the Sixties such as racial equality and acceptance. Whilst these issues are both touched on throughout the show, this never progresses further than what seems to be courtesy passing mentions.

However, despite the fact the script doesn’t look set to be winning originality awards any time soon, Save the Last Dance for Me more than delivers on its promise to transport the audience back to the ‘music and magic’ of the early ‘60’s. With the live band onstage working their way through iconic nostalgic classics such as Be My Baby, And Then He Kissed Me and Please Mr Postman, the audience were clapping and singing along from start to finish. Elizabeth Carter shone as Marie, particularly during her solo numbers where her strong and powerful vocals defied her sweet onstage demeanour.

An enjoyable jukebox musical that isn’t short on catchy songs to sing along to.