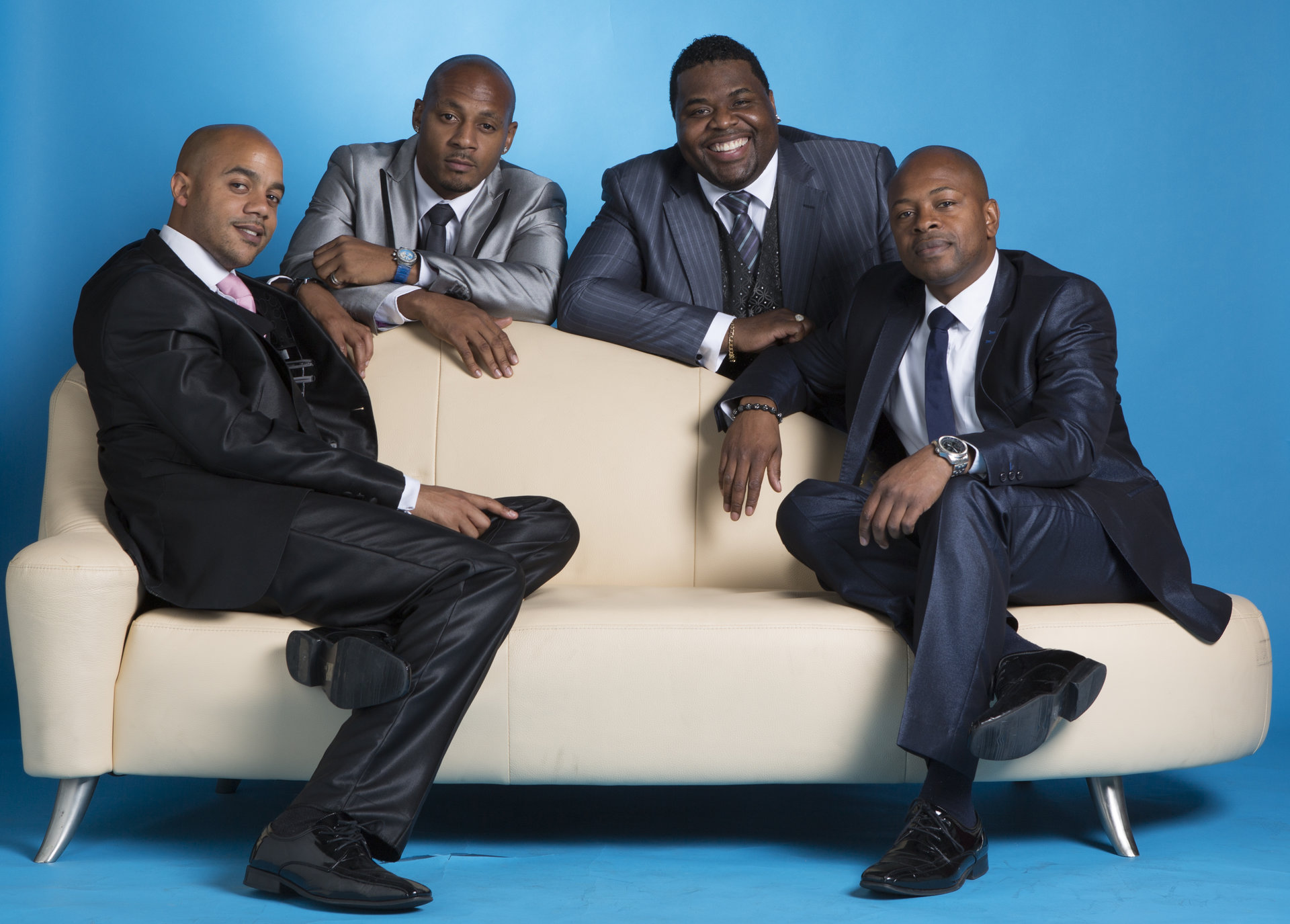 As one of the most iconic bands in the world, The Drifters have managed to defy all logic by continuing to enjoy a successful musical career 60 years after they first formed. We took the opportunity to catch up with the current incarnation of the legendary band backstage at their gig in Edinburgh…

You’re performing in Edinburgh yet again tonight as part of your current UK Diamond Dynasty Tour. The last time you were on your way to play this venue we heard your tour van got broken into. Have you managed to recover from that yet?

Michael: Yeah, we got robbed on the way up to Edinburgh from Nottingham. Wow, has that been a year already? Time has just flown by. We’ve only just managed to recover from it to be honest. We still haven’t got everything back that was stolen from us.

Did you manage to continue on with the show that night?

Carlton: Yeah, we did. We couldn’t let our fans down so we had to find a way around it. As the saying goes, the show must go on!

You’re incredibly hard working in terms of touring – this tour alone has over 70 dates! How important do you think it is for The Drifters to constantly be on the road?

Michael: I think touring is important generally for any band because that’s the only time that your fans get to see you live. If you’re not touring then the fans only see you on TV or on YouTube and it’s just not the same as having that live interaction so I think it’s really important to get that connection with them in person. Especially as we have lots of members as it allows the fans to get to know any newer members a little bit better.

Ryan: The live connection is the most important part for us because getting that connection is just so rewarding for us as a band. Standing directly in front of people and giving them what they want is a huge thrill.

Why is The Diamond Dynasty Tour different to any of the other UK tours The Drifters have done?

Carlton: Well, there’s a lot of different elements to this show in that we all get our own little parts and, as a result, the audience get to see a little bit of us all as individuals which is a really nice and different.

Ryan: And it’s the 60th year so we’re really excited to share our history with the audience and also to give them a glimpse to the future of The Drifters.

Do you prefer to play new Drifters songs or the old classics?

Michael: We always have to do the original songs because if we didn’t then some people might go home disappointed which is the last thing we want. It’s a very difficult job to try and please everybody in our fan base because The Drifters back catalogue is just so vast and there’s no way to fit every one of the hit songs into the show – it’s just impossible! But what we do is try our very hardest to give everyone at least some of what they want. In 2013 we have a younger fan base too so we try to evolve and give them something too.  Hopefully everybody will like it.

Can you tell us a little bit about the new music you have been recording?

Michael: We released an album called Up on The Roof in 2011 which featured the first two new tracks recorded by The Drifters in over 35 years which was a really special moment for us.  One of those was Do You Dream of Me and the other was I Still Haven’t Found What I’m Looking For – the great U2 classic. We are performing both these songs on the tour. We’re very proud of the new songs and really enjoy performing them, but we’re also very aware that our fans come to see us to hear the old classics. We’re always trying to evolve and keep turning it over year by year to keep entertaining people each time we tour.

Pierre:  But the crowd won’t be disappointed because the old stuff will always be there.

The Drifters have had many members over the years…do you know how many exactly? Reports vary quite dramatically!

How involved are the Treadwell family in the day-to-day running of The Drifters?

Michael: They basically act like figureheads for The Drifters. They are still very much involved and own the brand but the day-to-day management is taken care of by a UK music group called Prism who book tours for us and take us out on the road.

Carlton: They still have the final say over everything we do so they are very much in charge.

The Drifters have achieved so much over the many, many years they have been in the music business. Is there anything that they haven’t yet achieved that you would like them to whilst you are all personally involved in the lineup?

Pierre: We have just announced a tour in South Africa which is an amazing accomplishment for us.

Carlton: We’re all really looking forward to the shows there.

Michael: We are all just blessed to be a part of The Drifters but I think the one thing we would all really love is to have another, brand new Drifters hit. It would be amazing if we could top the charts again but the music business is just so different now-a-days than it was when The Drifters started out.

Tickets for The Drifters 2013 UK tour are on sale now. For more details, visit www.thedrifters.co.uk/live.php