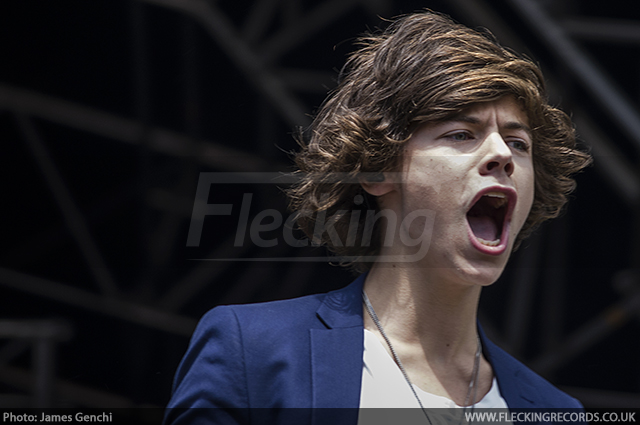 Ouch! Poor Harry Styles was hit in the one thing (well, the two things) a boy doesn’t want to be hit in… the nuts.

The sexy One Direction singer was performing a gig in Glasgow – with bandmates Liam Payne, Louis Tomlinson, Niall Horan and Zayn Malik – when a fan launched a pair of shoes at him.

When the first shoe was thrown, a confused Harry caught it, saying: “It’s a shoe.”

Before Harry had chance to think, the second shoe came hurtling towards him and hit him right in the pants – ouch!

The shot to the crotch was so hard, poor Harry ended up on the floor, doubled up in pain.

Ever the professional, he composed himself and carried on with the show.