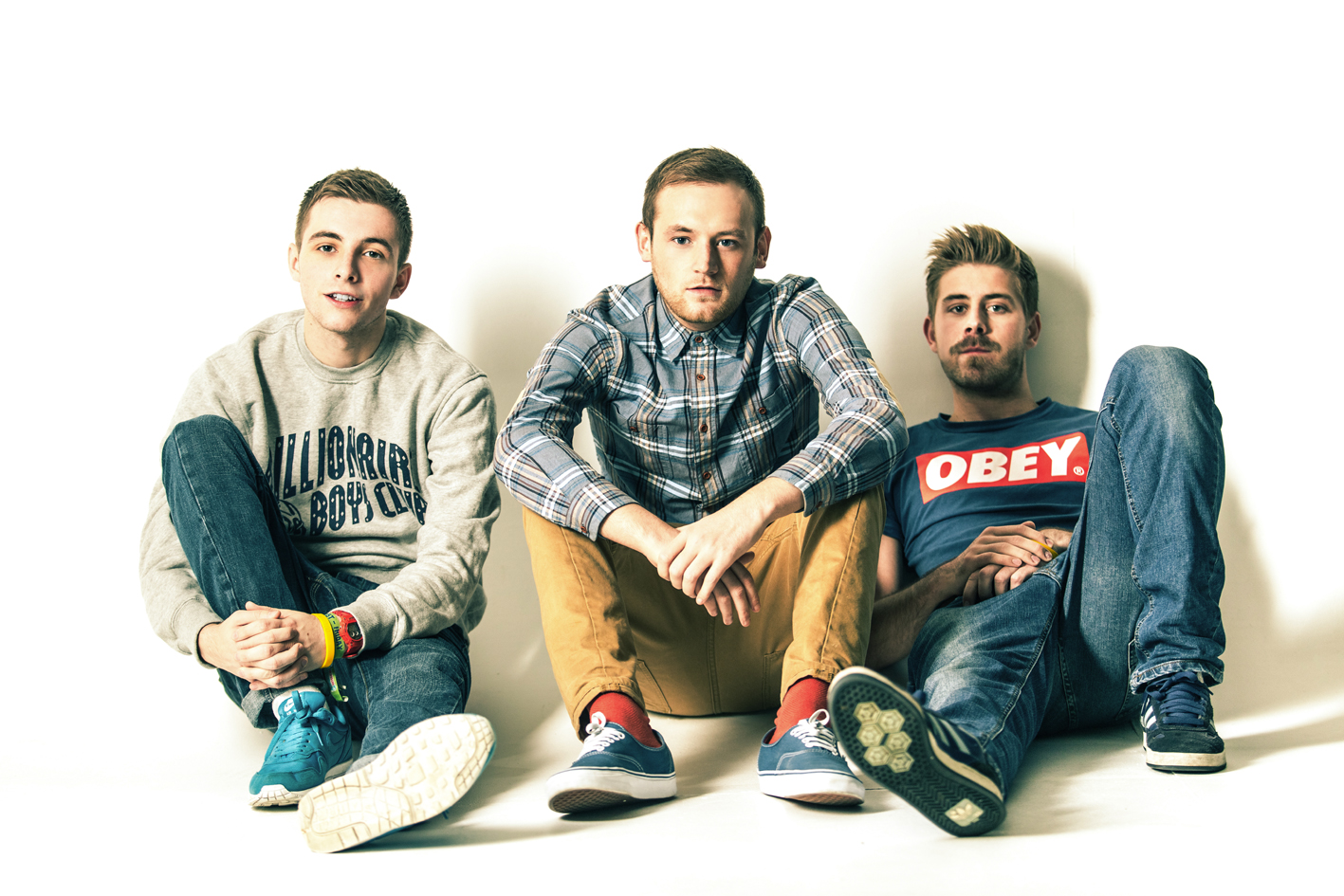 With a support slot on The Script’s UK and European #3 tour catapulting them headfirst towards UK fame, we were delighted to be invited to interview rising Irish band The Original Rudeboys backstage at their show in Glasgow about their crazy first two years in the industry and how the only band they all agree on liking is The Beatles…

First of all, it’s great to meet you. Could you introduce yourselves and tell us what you all do in the band?

Rob: And I’m Rob – I do vocals and play guitar in the band.

We really like your name – The Original Rudeboys. Where did it come from?

Neddy: As much as we would like to take the credit for it, the truth is we stole it from a t-shirt. I was wearing a top one night that had The Original Rudeboys written on it and we basically lied to people and told them that it was band merch. This was before we had even put the band together but somehow the name stuck and here we are!

You’re very well known at home in Ireland. Do you find it more intimidating or more refreshing to play to crowds in the UK and Europe who might not have heard of you before seeing you open for The Script?

Neddy: I think it’s definitely more exciting for us to play to new crowds. We’ve been gigging in Ireland for the past two years and we’ve got to a point where we’re getting used to getting good responses from the audience and so it’s become quite ‘comfortable’ for us. It’s very exciting and healthy for us to be challenged by new audiences who may have never heard of us before

Rob: It’s just good to see what more people make of our music. They seem to be really liking it which is obviously very good for us.

Sean: Sweet! We actually noticed that some people in the front rows have been singing along to our songs which is amazing!

That’s the magic of the internet! I heard that before you got together as a band you all wrote and performed music as individuals. When you finally got together, did you find it difficult to merge your different styles or did your sound come quite naturally?

Neddy: The music we play now is pretty much what we each did as individuals beforehand, just merged together. To be totally honest, we didn’t think that much about it so I guess it did come naturally to us. We just starting playing music together and put it on YouTube for the world to see without really thinking about it. People seemed to like what they were hearing so we kept doing it.

Do you all have different musical tastes and inspirations then?

Sean: We also all agree on liking The Beatles. I think they’re the only band that we all like and agree on.

Everybody loves The Beatles! With all you’ve achieved, I was surprised to hear you only formed two years ago. How have you managed to accomplish so much in such a short space of time?

Sean: We have no idea!

Neddy: I think we just did everything we could to get our music out there. A lot of amazing opportunities came our way in a short space of time and we just took as many of them as we could.

Talking of YouTube, do you think it’s more difficult nowadays for new bands to make a name for themselves through the site? It seems to be becoming quite crowded which makes it difficult for fans to come across new bands…

Rob: It’s definitely more crowded now which obviously makes it difficult for people to get their name out there but I don’t think it should really be about that anyway. It should always be about the music. There are so many artists and bands out there now that the thing you have to concentrate on is making great music that people will connect with. Everything else should come second to that.

Neddy: Yeah, I don’t think bands should rely on YouTube to get their music out there – it starts with the music itself and social media websites like YouTube and Facebook should be used as tools to further that…

I totally agree. I think YouTube is an amazing website and, when used correctly, can do great things in terms of widespread exposure. However, I also think it’s made some artists quite lazy as they think posting videos on it is the same as going out and playing live shows which is totally isn’t. It should be used for that to bridge the gap between writing and recording new music and touring, not replace it altogether…

Rob: Absolutely. Social media is an amazing tool to have and it has worked really well for us but, at the end of the day, it still comes to the music that you’re making.

You’re album This Life has recently been certified gold in Ireland. How did it feel to get that recognition?

Neddy: It felt fantastic. I had some really embarrassing photographs up in my house that I was able to take down and replace with a gold disc plaque which felt incredible.

Sean: It was great for us. There were a lot of people who said our band wouldn’t work because our sound is just so different to anything else out there to be able to say to them that we’ve now got a gold status album that has already nearly gone platinum is a great feeling and a great achievement for the three of us.

So, looking back over the past two years can you pinpoint what has been a particular high point for The Original Rudeboys?

Sean: For me, number one on the list was recording the album – that was a great moment.

Neddy: Doing the tour with The Script lads has been amazing too – it’s such a great opportunity for us to play in front of huge crowds all over Europe and the UK.

Rob: Doing the tour has been brilliant and has definitely been a highlight for us.

How did your support slot with The Script actually come about?

Neddy: Before we started touring with them, we received an email saying that the lads had seen one of our videos on YouTube whilst touring in New York and really liked it. When they found out that we’re from the same city as them, they invited us to play a couple of small shows in Ireland with them. We all got along really well at the shows and so they invited us to support them on tour in Europe then extended that invite to include the UK dates which was just amazing for us.

Rob: Definitely. They’re a great bunch of lads and when we tour with them it just feels like we’re out on the road with our mates. They have been so helpful and supportive of us.

So you’re obviously busy touring with The Script at the moment but what do you guys have planned after that?

Neddy: The biggest thing we have planned is that we are coming back to Scotland in the summer to play T in The Park! It’s really exciting for us!

Sean: We’re on the line-up and everything – we’re even on the poster!

Do you have any other festival appearances lined up this year?

Neddy: Nothing has been confirmed yet but we are definitely aiming to do some other festivals in the UK this year.

Rob: We’re also going to be writing and recording some new material so we can’t wait to get out there and play the songs live!

For more information or to purchase This Life, please visit www.theoriginalrudeboys.com