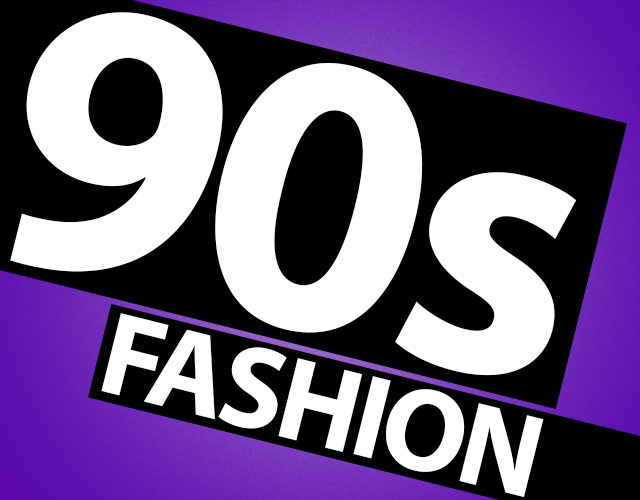 When you cast your mind back to the fashion trends of the 1990s you’ll probably see a blur of bright colours, a mass of hair accessories and a whole mess of girl power.

In the early 90s neon colours were the only colours to be seen in – colours so bright, you’d need a pair of round sunglasses with tinted lenses just to view them without damaging your sight. Pastel colours were also a hit in the 90s (think baby pinks and baby blues), and while people drifted from grunge, to hippie to rocking designer labels, it was ultimately girl power and the Cool Britannia movement that made it out of the decade alive and into the noughties.

So, let’s start at the top and work our way down.

Before we get to the multitude of crimes against hair, let’s take a look at the hats. Caps were cool – but only worn backwards – but it was the bucket hat that graced the head of the coolest kids of the 90s, and even stuck around for the early noughties… providing it was a brand that people had heard of, like Kangol, but we’ll get onto knock-off sportswear later.

The only other acceptable form of headgear was the bandana, and after Hannah Spearritt from S Club 7 started wearing them they became so popular with teenage girls that the high-street shops couldn’t make pretty, sparkly, girly-looking ones fast enough. 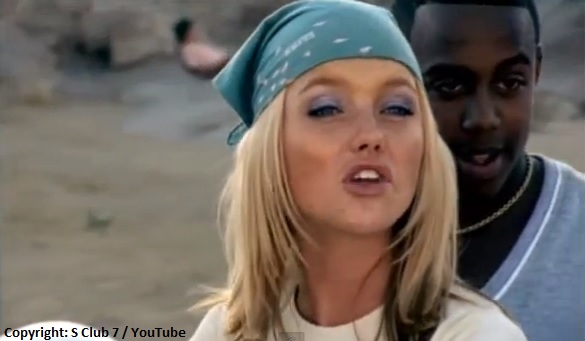 In the 90s, the hair was a blank canvas. A blank canvas just waiting to have things colour it, clipped to it, pushed through it and added to it – sometimes all at once. As far as style is concerned, for boys it had to be curtains in the early 90s, but when it was curtains for the curtains shaved heads became popular, undercuts became an actual thing that people asked for and crew cuts, spikes and quiffs all had their moment. All styles were best if your hair was blonde, or at least partially blonde… nothing a bit of Sun In couldn’t handle.
As for the ladies, you couldn’t go wrong with a Rachel – if you were doing what Jennifer Aniston was doing in Friends, then you were doing it right – and blondes certainly had more fun, because many ditched their dark locks in favour of a blonde ‘do. Pixie cuts had their moment, but so did high-maintenance, long, sleek, straight styles. With the ladies, it was mainly about what you put in your hair, rather than how you had it cut. 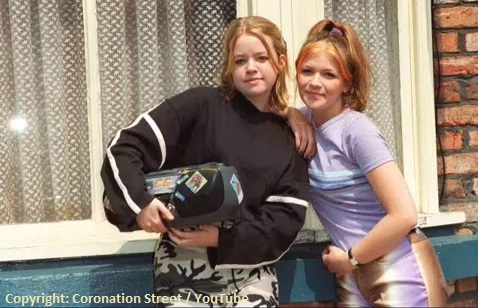 Hair accessories were a huge deal in the 90s. If you can call it an accessory, hair mascara was very popular – especially a bit of red or orange on two pieces of hair framing your face, a la Leanne Battersby from Coronation Street. If you didn’t want to change the colour, you could change the style and if you had long hair you could easily switch between a straight ‘do or a crimped ‘do – crimpers have even made a bit of a comeback recently. Any look could be completed with a generous blast of glitter hairspray.

As for accessories, a scunchy may have been the most important thing you could own – you could even get all fancy, and wear one made out of “hair” but good luck finding one that matched your own natural colour. Busy hair was a big deal. It wouldn’t be unusual to push a spider comb headband through your ‘do, before piling on the butterfly hair clips

With overkill hair, you’d think the jewellery and make-up would be subtle… but you’d be wrong. You’ve heard the phrase “less is more”? Well in the 90s, more was more. On your wrist, a Baby-G watch was a must. Around your neck, you could have a seed bead necklace, most of the boys were rocking shell necklaces, but my personal favourite had to be the tattoo choker – I still pop mine on from time to time. Another accessory that can still have a place today – a mood ring. They were popular in the 90s, but they’re still pretty cool, and come in all shapes and sizes. But were you really wearing your heart on your finger? Probably not, but they looked awesome.

The rules seem to change from decade to decade, but in the 90s it was important to wear your school backpack on both shoulders, with the straps made to be as long as possible. Your bag had to be a well known brand like Adidas or Umbro, and if it was luminous, then it was better.

As for make-up, well, if like me you were still a kid in the 90s then usually all you needed was a tub of Body Shop lip balm in a yummy tasting flavour, but for those days when you wanted to pile on the slap, you couldn’t go wrong hitting up Miss Selfridges for a lipstick/nail polish duo in matching colours. Dark, gothic colours, like brown, were popular but so was painting your nails blue and then gliding on a blue lip stick. Yes, blue. Very Rose from Titanic in the latter half of the 1997 flick, and it looked great with some blue camo pants from Tammy Girl.

While Tammy Girl and Miss Selfridges were great for fashion, for us it was sportswear that dominated our wardrobes for the bulk of the 90s. Adidas pants were a must – and if they were the ones with poppers up the sides then they were all the better, although you had to put up with your mates ripping them open for fun when they were feeling particularly cruel, and was there ever really a valid reason for unpopping them all the way to the top of your leg? I don’t think so. One thing you had to make sure of though… absolutely no fakes. If you had less than three stripes on your leg, then you were branded a loser. A bright orange Kappa jacket made you cool, but two stripes on the trousers made you a social outcast.
Yep, luminous colours were all the rage, especially when it came to trainers.

There were a few questionable fashion choices… remember the trouser skirt? It was literally a pair of trousers with a skirt on top. Skorts were also a thing, you can probably guess what those are. Then we had the dungarees trend – if you aren’t familiar with these overalls, imagine a denim onesie. Under no circumstances did you fasten both sides though, you always had to have one side hanging off.

When the Spice Girls burst onto the scene in 1996, they brought with them girl power which infected the nation and kicked off Cool Britannia. Anything with a Union Jack on it became cool, but so did dressing like any of the Spice Girls, who all had their individual personalities. One of the main items the Spice Girls blessed us/cursed us with… flatform trainers. Ridiculously high, bulky and kind of ugly, they’re still popular today.

So embrace your inner 90s chick. Tie a jumper around your waist. Paint your nails blue. Slip on a tattoo choker. In small doses, 90s style can still be awesome.