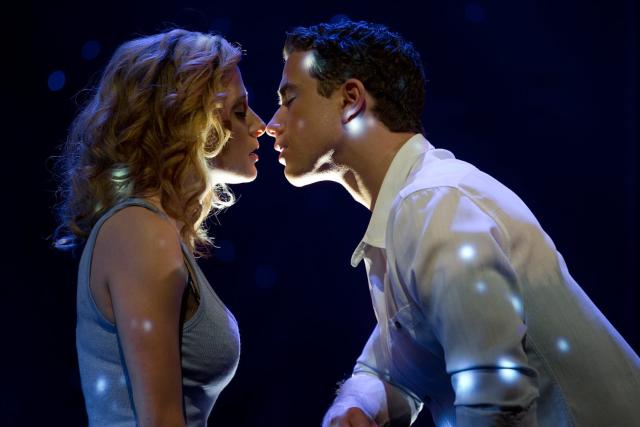 When it was initially announced that the 1990 Oscar-winning film Ghost was to be reincarnated into a West End show, the overall assumption was that there was no chance it would be anything more than a gimmicky take on a well-loved but, ultimately, cheesy classic. Fast-forward three years and Ghost the Musical has not only enjoyed successful runs on Broadway and in the West End but has also recently embarked on it’s first even national tour of the UK.

Levitating it’s way into Edinburgh’s Playhouse Theatre last night, Ghost stunned the sold-out audience with it’s talented cast, beautiful soundtrack and revolutionary set-design. Understudy Karlene Wray proved herself to be worthy of a permanent leading role as soon as she stepped onto the stage as the hilarious and loveable psychic Oda Mae Brown. With a stunning voice as striking as her wacky costumes, her presence on the stage was an absolute delight to watch.

However, the real star of the show was without a doubt the amazing special effects which served as the backbone for the stage adaption of the timeless love story.  At one point, the audience were treated to a visually stunning adaption of a fight between two ghosts on a New York subway which was so well-done that it could easily have been taken straight from Derren Brown’s current UK tour. With effects and illusions masterminded by Paul Kieve (the man who was responsible for the magical sequences in the Harry Potter films), Ghost truly is a magical production unlike any other.

Ghost the Musical runs at the Edinburgh Playhouse until June 1. For tickets and more information on the UK tour, visit www.ghostthemusical.com