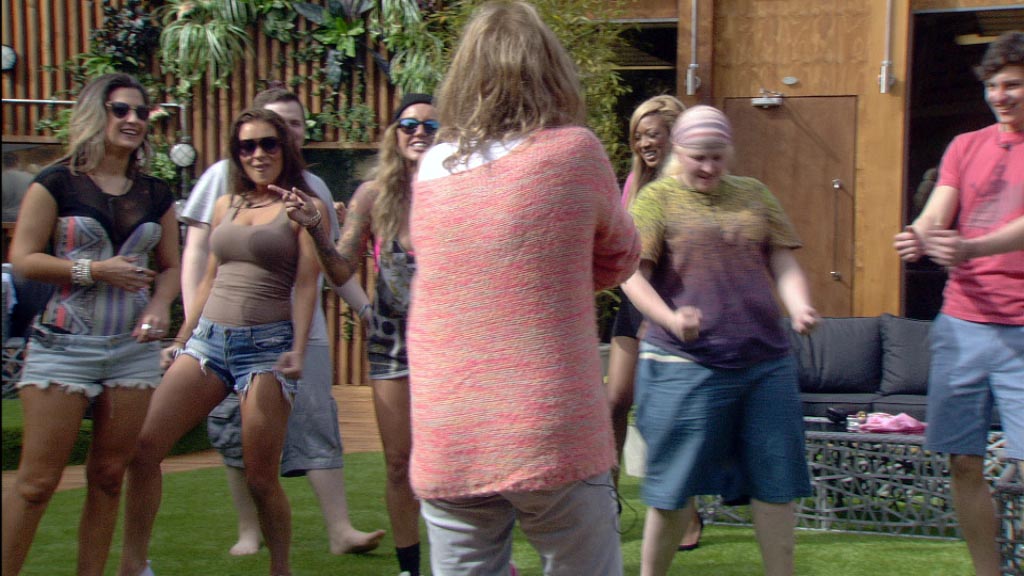 Here are highlights from Day 4 in the Big Brother house. You can check out the full show at 9pm on Channel 5.

• Following a frosty start in the house with Gina, Sallie tells Big Brother that she doesn’t mind being around her.

• Dan finds out more from Sam about his hearing and tells him to explain his disability to their fellow housemates.

• Jackie gathers housemates in the garden and teaches them to an energetic dance routine to ‘Moves like Jagger.’

• Gina takes offence at Jemima’s conversation and their subsequent argument engulfs the house.

• Sallie and other housemates listen as Gina explains her reasons for questioning Jemima over the comment.

• Big Brother calls Jemima to the diary room and issues a formal warning to her for her earlier comments.

• Jackie spills the beans to Michael at the dinner concerning nominations as housemates sit in stunned silent as a result; Michael is a very happy bunny in the diary room.