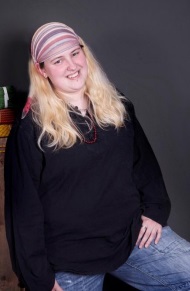 Wolfy left the house to heavy booing from the live audience. After telling host Emma Willis “I’m so happy to meet you.” Wolfy went onto say that ”I’m not a ***d… booing doesn’t faze me”.

Wolfy told Emma that “Gina and Dexter found out my game plan” and that she didn’t have time to cause any mischief. Wolfy endorsed Sophie to win the show.

Emma asked Wolfy about her relationship with Mother Nature. “I was told by nature in advance that I would have a surprise in nominations…that was the Twins.”

After being shown a VT of her housemate’s attitude towards her arrogance: “The only person I was out to impress was myself…I remained quietly confident…if you believe in something so wholeheartedly it will happen.”

At the end of tonight’s show, Big Brother announced live to the house that Gina, Dexter and Charlie must pack and leave the safe house. Tomorrow two housemates will be voted into the safe house by the public and be immune from next week’s evictions whilst enjoying all the privileges the safe house brings.

The pairings the public are voting to put in to the safe house are:

The housemates are unaware of the pairings and believe the public have chosen individually.
Lines are now open and will close midday tomorrow.