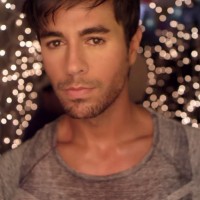 We haven’t heard much from Enrique Iglesias lately, but he’s back with an awesome new track and a brilliant new video.

“Turn The Night Up” is the lead single to be taken from Enrique’s highly anticipated tenth full-length studio album, due for release in the autumn. With a sizzling official video just released, the fan video has already clocked up over a million views on YouTube. Remixes are provided by Dutch heavyweight Laidback Luke and Chicago native Ralphi Rosario.

Since 1995, Enrique Iglesias has solidified himself as one of the most respected and revered stars worldwide. In the UK, Enrique has scored two platinum albums, two number one singles and seven top give single. He remains one of the best-selling Spanish artists in history with sales exceeding 100 million worldwide. Still, there are even bigger things on the horizon for him.