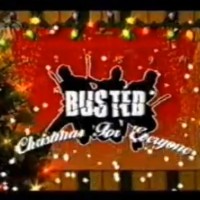 Ever since it aired back in 2003, it has become a bit of a tradition that during the festive month of December we watch Busted: Christmas For Everyone.

For those of you who aren’t familiar with the show, it aired on CITV and featured one of the biggest bands at the time… Busted.

Whilst doing their last concert before the Christmas Holidays, Busted find that their guitars have all disappeared mysteriously. With their only clue to there whereabouts being a mysterious note, the band take on London in hopes of finding their Guitars but learn the true meaning of Christmas along the way.

Ok, so maybe it isn’t the most incredible acting the world has ever seen, but it’s cute, it’s festive and it features all three members of the band – Charlie Simpson, James Bourne and Matt Willis.

Make an extra special effort to watch it this year, because with Matt and James joining the McFly boys for a tour as McBusted, it’s jut what you need to get you excited about both Christmas and things to come next year.