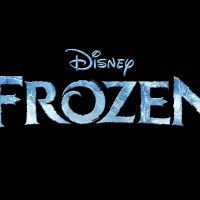 Directors Jennifer Lee and Chris Buck and Producer Peter Del Vecho said: “We are so thankful to each and every artist who put their passion and hard work into its creation. To receive this from the Academy is both humbling and beyond our wildest dreams.”

Songwriters Robert Lopez and Kristen Anderson-Lopez said: “We couldn’t be more thrilled. We’re so grateful to Walt Disney Animation Studios– John Lasseter, Ed Catmull, Andrew Millstein– and the wonderful “Frozen” creative team headed by Chris Buck, Jennifer Lee and Peter Del Vecho–for having us aboard for this amazing ride. Not to mention Idina Menzel for singing the song so well. Thanks Academy!”

“Frozen”, Walt Disney Animation Studios’ 53rd feature film, has now crossed $1 billion at the worldwide box office and entered the top 5 animated feature films of all time at the UK and Ireland Box Office with a massive £38.75 million. The film is now the biggest nonsequel animated film ever released and the second biggest animated film of all time globally, “Frozen” has earned an estimated $388.7 million at the domestic box office and $611.5 million internationally for a global total of $1,000.2 million. It is The Walt Disney Studios’ seventh release to reach the $1 billion mark, joining “Marvel’s The Avengers” and “Iron Man 3,” Disney’s second and fourth “Pirates of the Caribbean” films, Disney•Pixar’s “Toy Story 3,” and Disney’s “Alice in Wonderland.”

Critics, audiences and voters alike are all unanimous in their praise for this wonderful film. As well as being awarded the two Academy Awards®, “Frozen” has won a BAFTA® Award, a Golden Globe® and the Annie Award® for best animated feature, two Critics Choice Movie Awards, including best animated feature and best song (“Let It Go”), and a Producers Guild of America Award for outstanding animated feature. It has also been named best animated film by more than a dozen critics associations.
Available on Disney 3D Blu-Ray , Blu-Ray, DVD & Digital Download in UK from 31st March, the in-home version of “Frozen” promises continued family fun with a blizzard of never-before-seen bonus extras to complement the film’s gorgeous animation, memorable characters and unforgettable music.