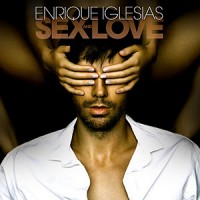 ‘Do you want ‘SEX AND LOVE’ with Enrique Iglesias?’ they said. ‘Yes please,’ I thought.

It turns out ‘SEX AND LOVE’ is just the title of Enrique’s latest album, and it’s one of his hottest albums yet.

“I wanted to be straightforward,” he said of his latest offering. “The title describes exactly what the album is about. From day one, I knew that I was going to call it SEX AND LOVE. You’re going to find songs that mix the two sides, and you’re going to find songs that focus on one or the other. Some of it is fun and obviously sexual, while some of it is more introspective and nostalgic. The words go together, but they can be separate and inspire different feelings and thoughts. It’s all-encompassing.”

Enrique revealed that he wanted to make an album that everyone could relate to.

“When you turn on the radio, what are the themes that everybody relates to?” he asks. “We all relate to SEX AND LOVE. That’s why when you hear music—ninety-percent of the time—it derives from those two feelings. Let’s face it. No matter what race, nationality, or religion you are, you have experience with both and you like them!”

So what do we think? Enrique is putting out more tunes that long-time fans will love, while managing to move with the times, collaborating with the likes of Flo Rida, Pitbull and Kylie Minogue.

Enrique has been doing this since the mid 90s, and he’s only getting better as time has goes along. One for the fans, and worth a listen even if you’re not usually into his older music – there’s something for everyone.

Turn it up: I’m a Freak – Funky Enrique/Pitbull fun.