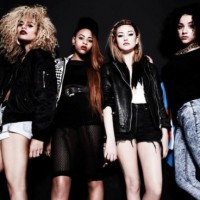 Tinie Tempah
English rapper Tinie Tempah will take to the stage on Sunday night and we can’t wait to sing along to Written in the Stars, Frisky and Miami 2 Ibiza with him. The award-winning star, who has toured with the likes of Rihanna, turned in an amazing performance at Wireless festival in Birmingham last weekend which left many fans and critics wishing he had headlined instead of Kanye West.

Alesso
Popular Swedish DJ Alesso, who has collaborated with Otto Knows and Swedish House Mafia, will get the party started on the Radio 1 stage on Friday night. The DJ, who specialises in progressive house, will be spinning tunes for those looking to forget about the world and have a dance.

Sam Smith
Breakthrough artist Sam Smith was rocketed from obscurity to stardom with the release of his debut album In the Lonely Hour. We’re expecting him to be booked for the main stage next year so make sure you see him on this smaller stage whilst you still can!

Ella Eyre
Ella Eyre might be known for her collaboration with Rudimental on their number one hit single Waiting All Night but we predict big things for this quirky singer-songwriter, who is set to release her debut solo single the day after she performs at T in the Park. Catch her performing on the Radio 1/BBC 3 stage on Saturday and you’ll be able to see ‘I saw her before everyone knew who she was’ when she makes it big.

Neon Jungle
Neon Jungle are set to inject some light-hearted fun into the festival with their infectiously energetic brand of electro-pop. The four-piece girl group, who toured with Jessie J last autumn, were handpicked to perform at the Victoria’s Secret Fashion Show last year. Try and make time to see the hottest new girl band on the block – you’ll regret it if you don’t!
For the full T in the Park 2014 line-up, visit www.tinthepark.com