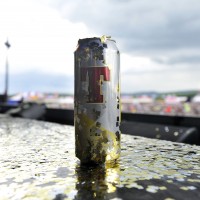 As the massive clean-up of Balado comes to an end for the last time, organisers are already gearing up for the inevitable scrum for tickets to next year’s T in the Park. Earlybird tickets for the music festival, which will take place from 10 – 12th Friday and will be available at 2014 prices for a limited time.

The event, which featured Calvin Harris, Arctic Monkeys, Paolo Nutini and Biffy Clyro as headliners this year, will take place at its new Strathallan Castle home after safety concerns forced organisers to relocate the festival.

Festival Director Geoff Ellis said: “Our amazing audience made sure the weekend was an unforgettable one, and that Balado got the epic send-off party it deserves. We’ll miss this place hugely, and as we bid an emotional farewell to our beloved Balado, we also look forward to next year, when we take up residence at Strathallan Castle, and we hope you’ll join us for this next phase in our journey.”

Music legend Paul Weller, who performed on the main stage on Sunday, said: “I played the very first T in the Park at Balado and I played the original site, and one time Noel Gallagher played with us here. The Scottish people are always mad for it – that’s what makes the difference, otherwise it’s just a festival. The last time I was here it was pissing down, proper pouring, but everyone was still up for it.”

Tickets for T in the Park 2015 will be available from 9am on Friday 18th July from www.tinthepark.com and www.ticketmaster.co.uk. As with previous years, a £50 deposit scheme will be available.