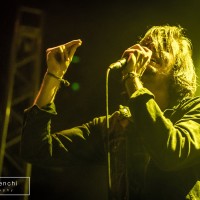 We don’t mean to depress/excite you, but Christmas isn’t that far away (click here for a handy countdown) and soon enough it will be New Year’s Eve and 2014 will be over. Boom. Another year gone.

Fear not though, because we’ve compiled a list of ten tours you should attend before the year is out. From American favourites who you simply must check out while they’re here, like People On Vacation and Army of Freshmen, to UK punk legends Buzzcocks, to the boybands we adored throughout our teen years – whether you want to rock out or burst into tears of joy as Blue burst into ‘All Rise’, these are the shows you shouldn’t sing ‘Auld Lang Syne’ without checking out first.

Flecking’s favourite supergroup/UK slang experts People On Vacation are heading here in December for a tour. Together, Jaret Reddick of Bowling For Soup fame and Ryan Hamilton of Smile Smile fame make one hell of a duo, and their sets are always worth checking out. From their awesome music to their funny chats on stage, we always leave POV gigs with huge smiles on our faces.
Click here for tickets.

Not only are we pumped for the legendary Lit to hit our shores, but they’re bringing Flecking favourites Army of Freshmen with them. The Californian rock band will be playing a string of UK dates with AoF in tow, but you can also check their awesome support band headlining a show in Leeds – a Beer Pong Party, we expected no less.

[Screams manically] Oh my gosh, it’s all the boybands from our teen years on one stage. The likes of Blue, A1 and Five were all over our walls when we were teenagers (a few Duncan James snaps may still be lingering somewhere) so the Big Reunion Boyband Tour is perfect for us. Other boybands performing are 911, 3T, 5th Story and Damage.

We caught The Maine earlier this year when they supported Deaf Havana, and they were simply wonderful. So wonderful, we’ve been counting down the days until their return. Well, it’s been a long six months but the US rockers are finally coming back for a headlining tour. Support comes from Lydia and Nick Santino.

Sure to hit our shores with a massive “wahoo”, it’s Patent Pending. We first fell in love with PP when we caught them on tour with Bowling For Soup a few years ago. With their unique brand of kick-ass pop-punk, they fast became our new favourite band. Catch them in October for a show full of energy, heart and some of the catchiest tunes going.

Mancunian punks Buzzcocks are embarking on a UK tour and they’re taking US punks The Dollyrots along with them. Buzzocks are legendary, and we’ve loved The Dollyrots since we saw them on tour with Bowling For Soup a couple of years ago. They have enough in common to compliment each other well, but both bands have something totally different to offer the audience – we can’t wait.

There’s one band we can safely say we will never grow tired of, and that’s Wheatus.  Everyone knows ‘Teenage Dirtbag’ (which came out fourteen years ago, whaaaat?!) but their new music is just as awesome and they really showcase that in their live sets. With more than twenty dates, there’s bound to be a date near you – or two! Make the most of them before they leave us again.

American rockers Framing Hanely are hitting our shores for a UK tour this October/November. Their last UK tour with The Blackout was cut short due to illness, so we’re excited about their return. Their new single ‘Twisted Halos’ is also due for release in October – we can’t wait.

California’s Joyce Manor are set to tour the UK this November, as part of their fifteen date European tour. Catch them at one of their seven UK dates for their awesome, unique brand of rock.