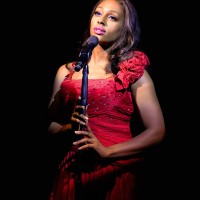 Former X Factor winner Alexandra Burke is set reprise her role as Rachel Marran in the the 2015 tour of The Bodyguard.

The chart-topping starlet, who performed in the West End production of the show at London’s Aldephi Theatre, will once again take on the role of leading lady Rachel Marran when the smash-hit West End musical tours the country in 2015. The show is based in the 1992 Oscar-nominated film starring Kevin Costner and the late Whitney Houston and features several of her classic songs including Saving All My Love, I Wanna Dance With Somebody, One Moment In Time and, of course, I Will Always Love You.
Alexandra, who is set to release her third album later this year, said: “I couldn’t be happier to be joining the tour and I’m excited to get started. Being on the theatre stage has brought me great happiness. It is an honour to have been asked to join the team and I look forward to creating new and long lasting memories with the cast.”