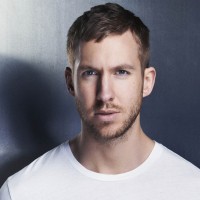 Superstar DJ Calvin Harris is set to perform at the 2014 MTV European Music Awards in Glasgow next month, it has been announced.

It will be the first time the Scottish artist, who is also up for Best Electronic Act and Best UK and Ireland Act, will take to the EMA stage. The hit-maker hasn’t performed on home soil since he made a triumphant return to the Scottish stage at T in the Park in July where he stunned fans by having none other than Will Smith join him live onstage!

Other acts set to perform at the event, which is being held at The Hydro and hosted by Nicki Minaj, include Charlie XCX, Kiesza and UK rock duo Royal Blood.

Fans can vote now for their favourite artists across all 2014 MTV EMA categories at www.mtvema.com. Voting will close on 8 November 2014 at 11:59pm.