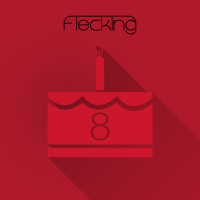 Today Flecking Records turns eight years old – eight, can you believe it? If we were a child, we’d have just started Year 3. We’d probably be immature, wear far too much pink and be absolutely obsessed with Frozen… oh, wait a minute!

It all kicked off back in 2006, when our main objective was promoting both signed and unsigned bands. We were unique because our famous friends would work just as hard as we did to promote our lesser known bands – even going as far as to hand out flyers for them. Then, as Dr. Fleckinstein continued to work his magic on our site, over the past eight years we have grown into the showbiz site you know and love today.

To celebrate our eight birthday, we’ve come up with a list of five reasons why the past eight years have been amazing… 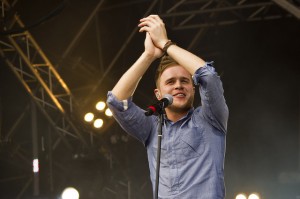 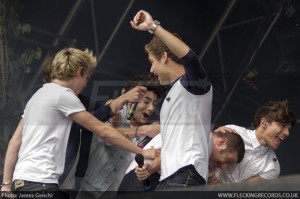 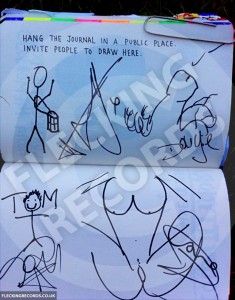 From our little tradition of quizzing bands from over seas on their UK slang (which lead to rockers All Time Low shouting ‘feed the pony’ on stage during a sell-out London show) to McFly wrecking our journal with dirty doodles at Jolly Day Out, there’s been some weirdness. We’ve delighted and amused some stars… but we can’t say the same for everyone. We’ve had our fair share of angry celebs on our case. An angry message here, a dirty look there… you call a music video ‘cringey’ and people get upset – some people are so touchy.

From snapping Eastenders star Aaron Sidwell Sidwell sitting on the toilet to One Direction play-fighting backstage – our snappers are always on hand to capture the moment. One of our photographers has even gone above and beyond the call of duty, taking a projectile to the head for Cher Lloyd at Party in the Park. It turns out Miss Lloyd wasn’t that popular with the people of Leeds, who pelted the stage with random objects – you’re welcome, Cher.

We’ve discovered some incredible bands during our eight years. We like to think we’d have cracked on to how amazing these guys were eventually, but running the site sure did speed up the process. Our eyes (and ears) were opened to the wonderful Adam Lambert after he locked lips with a member of the audience at one of his shows. At the time, Adam was massively under-appreciated here in the UK, so an influx of his fans telling us how awesome he was sure made our lives better.

Here’s to the next year!